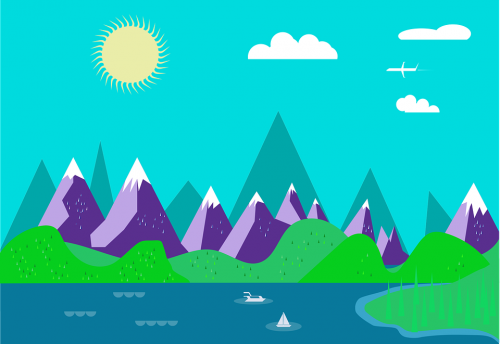 Chrome 56 is expected to have some massive updates that you’ll be able to see- literally.

First up, we have material design.

Chrome OS has undergone changes already to make it appear “flat” which is the direction many developers, apps, and operating systems are moving towards. Material design makes UI easier to navigate for touchscreen, phone, and tablet users. (UI stands for user-interface, also commonly used with UE for user-experience).

Both are used in the world of web development and software development to make websites, apps, operating systems, and pretty much anything that you can interact with digitally easier to use.

Material design in Chrome OS has been a work in progress- it was introduced a while ago and Google’s still implementing it piece by piece into their browser.

It’s easy to use. It’s minimalist. It also happens to load faster, as it’s generally not as “pretty” as typical designs.

However, in this update, we’re rumored to see a new dock, settings menu, startup screens, and icons all around. You’ll likely notice these changes as Google rolls them out. Material design is quickly becoming the new standard, so with all these changes, you’ll probably see a slightly more bland version of Chrome OS, but you’ll appreciate it if you use a touchscreen device and the faster loading. That’s a change you’ll notice.

The dock is the shelf at the bottom, or better known as the taskbar on a Windows environment. Material design will probably make it more flat and two-dimensional, which makes it easier and simpler. Startup screens and icons will also probably get flatter as well. This makes it all easier for mobile and touchscreen users to get into the fold and have a more positive experience interacting with Chrome OS.

The Play store updates have been rolling out steadily since the first two Chromebooks demoed its inception. However, for the majority of Chromebooks, we’re still lacking Android app support without hacking into it and enabling them. Most Chromebooks already have the hardware and software installed to unleash the Android wave, but they’re currently hidden until official release as Google works out all the bugs and kinks.

According to Google’s list of officially supported Chromebooks, they’re not supposedly releasing the update for more Chromebooks simultaneously. They’re switching from 6 weeks to 8 weeks, which is actually delay. The speculation behind this is that they’re finalizing the project and need a little bit more time before the Play store is released.

With the release of Android on Chromebooks, more and more Chromebooks are now built to support it. The new standard is basically a laptop with touchscreen support, a more powerful processor, more RAM, and converts from a tablet into a laptop (also known as a convertible or two-in-one computer). Since this update will change how laptops are made, you can expect that new devices will utilize these components to make the most out of the update. After all, using an app made for touchscreen devices with a keyboard and mouse won’t be that smooth of a transition. Devices such as the Acer R11, Asus Chromebook Flip, and Samsung Chromebook Pro are all utilizing the fact that users will want a seamless integration between laptop and smartphone, and have designed their newer devices to reflect that. You can clearly see the integration.

Newer Chromebooks with these features, which are currently the hot topic, are already being “oohed” and “ahhed” over. These newer Chromebooks are all competing for the market share as the flagship model with the new Android release. This will cause a wave of newer devices with fancy technology to compete, which we as consumers should all appreciate.