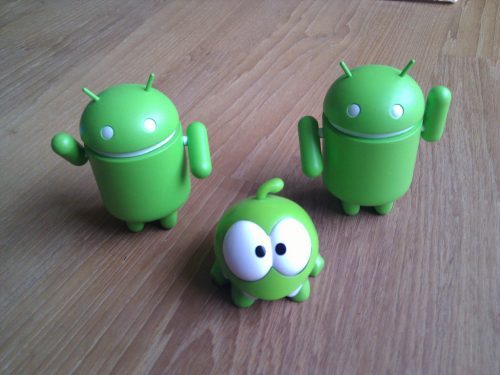 Is your one of them? Let’s find out.

Chrome OS developers have been implementing the Play store into more and more Chromebooks since its announcement at Google I/O.

At first, we only had two models out of the three for the very first release. Then more and more Chromebooks got the update.

Now, it appears that four more models are getting the update soon, but there may be much more in this release. Chrome Unboxed did a little snooping and confirmed at least four models so far.

The four models that were confirmed are as follows (and more yet to be discovered thus far):

If your Chromebook is on this list, don’t fret. If you’ve been impatient and you want to try out the Android apps for yourself, keep reading. I wrote a nifty little guide on how to force the update.

When a Chromebook is poised to receive the Android update, you can tell via the Beta Channel.

Here’s how to quickly check if your Chromebook is Android-ready:

How to activate Android apps on your Chromebook

Step 1: First, you’ll need to change your channel from Stable to Beta. Doing so will delete your local storage, so be warned. This means all your files, music, images, videos, and other media saved on your disk (such as your Downloads foldre). You can back up your stuff with Google Drive or locally onto external storage.

Step 2: Go to Settings, and click on “About Chrome OS” then “More Info.”

Step 3: Then click on “Change Channel” and switch it to the “Beta” Channel. Your Chromebook will need to reboot for the changes to take effect. This will also erase your local storage, so make sure you

Step 4: Backup your stuff to an external hard drive, Google Drive, or whatever storage of your choice.

Step 5: Enable Developer Mode. This is probably the most time-consume step, but it’s easy to do. If you don’t know how, here’s a complete tutorial.

Step 6: After you have Dev Mode enabled, and you’re in your copy of Linux, open the command line by pressing “CTRL + ALT + T” and type the following lines of code exactly as follows (remember to press “Enter” after every line):

Step 7: After you’re done typing these lines in, close the command prompt and log out of your current session. Log back in.

Step 8: You should now see the option to launch the Play store in your settings, and you’ll be able to play around with different Android apps on your Chromebook.

If you’re stuck, I wrote another guide you may want to check out that covers this process in detail.

Done playing? If you want to revert your Chromebook back to normal, go here and skip to the section called “How to switch back to the Stable channel from the Canary channel.”

A word of warning: Whenever you turn off your Chromebook, you’ll have to type in the above lines of code again to get the Play Store back. This can get annoying, so you can either put your Chromebook in sleep mode, or refrain it from entering sleep mode, or just never fully shut it down. It’s up to you and your laptop habits.

Well, there you have it.

I did a few searches on the web and it looks like there are a ton of other Chromebook that are getting the update where this method works.

If your Chromebook isn’t on the list above, try the method and see if it works. You should be able to “hack” the update onto your device.

If you’re not willing to take the plunge, just sit tight. It should roll out eventually.

Chromies all rejoice. Your update is almost here. Woot.