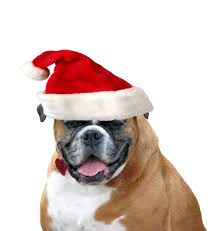 So, you want to get someone a Chromebook for Christmas. Maybe it’s your friend. Or your coworker (probably not). Or perhaps yourself? Heh.

In this article, based on all I know about Chromebooks in general, I’ll suggest 6 amazing laptops that you can consider buying for someone (or yourself) for this coming Christmas 2016.

The secret list of Christmas-perfect Chromebooks that are sure to please anyone.

This is the all-time best-selling Chromebook on amazon.com. It’s a budget, affordable, yet extremely capable Chromebook. With many reviews backing the quality of this Chromebook, you can’t go wrong.

It comes loaded with an Intel Celeron processor, 2GB of RAM, and 16GB of storage. The screen is 11.6 inches with an IPS display, which means it’s glare-proof and can be viewed at any angle. The profile is less than an inch thick, which makes it easy to carry around for the person who likes to travel with their laptop, or the busy student. This is probably the most popular Chromebook you’ll find anywhere on the market and is the one I personally use the most. It has enough power to play games, watch movies, browse the web, and most importantly- get stuff done. With a battery charge of 9 hours and a super-fast operating system, your giftee will surely have fun with this laptop.

The best part? It’s super cheap. Compared to more expensive Chromebooks like the HP 13 or Dell 13, the CB3-131 has more bang for your buck performance. It’s also scheduled to receive the Play store update as well, and also runs nearly all Chrome web store apps. You can also get a convertible option if you’re looking for a Chromebook that can convert to a tablet. This model is the tried and true Chromebook- backed by extremely positive feedback and reviews all over the ‘net. Do you want a good Chromebook? Do you want the best Chromebook? This is your laptop.

It also has all the ports you need- a USB 2.0, 3.0, HDMI, and audio so you can connect whatever you need to connect to your laptop.

My only complaint? The 11.6’’ screen isn’t too big, but it’s not too small either. If anything, I’d want a slightly larger screen for movies.

It’s priced affordably and performs like a beast. The Acer CB3-131 Chromebook performs just as well as a mid-end Windows laptop for much less than half the price. This is a winner and an excellent Chromebook for anyone looking to get started or has never owned a Chromebook before.

Next up we have the ASUS C100 Chromebook. This is a convertible Chromebook, which means it’s a 2-in-1 laptop/tablet combination. If you’re not familiar with these types of hybrids, here’s a quick video demonstrating the where the Chromebook gets the “Flip” from.

The C100 sports a 10.1-inch screen, which is fully touch-screen supported. It’s also quite powerful under the hood with a 4GB RAM capacity and a Rockchip 3288-C Quad-Core 1.8GHz processor. You also get 16GB of storage as well, which is plenty enough for a portable convertible. You also get free storage from Google Drive upon the purchase of a new Chromebook (this isn’t exclusive to the C100), in case you need more space.

The C100 is also Android app ready. It’s one of the few Chromebooks that have received the Play store update, which means you can play Android apps and run them on your Chromebook.

The best part about this Chromebook is, of course, the convertible. It has a 360-degree hinge so it can rotate the display in a full circle. It’s advertised as a laptop, tablet, tent, and stand. The display also supports multi-touch as well, so you can pinch, swipe, and drag with multiple fingers. Perfect for the creative types. Or students in class for note-taking as well.

The ASUS C100 also has a seamless aluminum body, which gives it an expensive look. It’s also quite durable even though it looks fragile, so if you’re getting this a student, have no worries. The frame is stronger and sleeker than average Chromebook frames, so that’s a bonus. It also only weighs about 2 pounds with less than a quarter-inch thickness. That’s extreme portability.

The C100 has all the connectivity you need as well. It has a micro-SD reader, HDMI port for TV connectivity or external display. It also has the fast 802.11ac WiFi. It’s also advertised to get 9 hours of battery run per charge. This Chromebook will last all day so your giftee can stay productive or entertained. And yes, you get your standard USB ports as well so you can import data or connect printers or external hard drives, or whatever else USB peripherals you desire.

The Acer R11 is a new Chromebook to hit the market. It’s also a convertible Chromebook, just like the ASUS C100. However, the R11 is quite different.

For starters, it’s a lot more powerful. It has an Intel Celeron N3150 Quad-Core Processor 1.6GHz with Intel Burst Technology up to 2.08GHz, which is much more power and speed than the C100. It also has 4GB of RAM and 32GB of storage. The screen is also slightly larger by 1.5 inches. And also has touch-screen support for up to 10 fingers. The screen is 11.6 inches with a 1366×768 pixel display, which is perfect for watching videos or images. It’s not full HD, but it’s crisp and clear to the look.

The R11 is one of the few Chromebook to receive the Android update, which is basically the update that lets you download Android apps onto your Chromebook. So Then, you have access to the Chrome web store’s apps and the Play store apps. This is millions of apps. If you’re not familiar with Android or Chromebooks, recently Google has updated a few models to let them run Android apps. This is why many Chromebooks are now moving to a touchscreen input- because they run and feel more natural like your smartphone. After all, Android apps were made for your phone. Running them on your Chromebook with a keyboard and mouse is weird. So manufacturers began to push for making the integration and transition as smooth as possible. The Acer R11 is a Chromebook that’s well-built for Android apps.

The R11 seems to be much more well-received on the market compared to the ASUS C100. This is probably due to the larger screen and powerful processor. The input seems to work pretty well even with multiple fingers. It swipes, drags, and pinches very responsively without any input lag. It works instantly as soon as you touch the screen. This Chromebook is an excellent choice for professionals or students. It also works well for kids who are used to using a touchscreen.

You get all your basic connectivity and then some- Bluetooth 4.0, USB 2.0 port, USB 3.0 port, SD card reader, 802.11ac WiFi, HDMI port, and a built-in webcam. It also has a 10-hour battery run per charge, which is amazing. It weighs only 2.76 pounds and is only 0.8 inches thick. It’s slightly thicker and heavier than the C100, but you get a larger screen and a more powerful Chromebook overall.

Check out the Acer R11 on amazon.

All of these laptops are winners

Well, there you have it. These 3 Chromebooks are the hottest on the market because of their popularity, value, and performance. As more Chromebooks come out on the market, they’ll probably be built for Android app integration. However, if you’re looking for a Chromebook for Christmas for someone specific, or yourself, you can’t go wrong with any of these on this list. They’re all excellent Chromebooks based on tons of reviews and personal experience. Grab one for any Chromie.