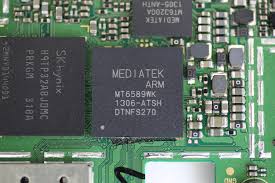 The Acer R13 Chromebook really just may be Acer’s best convertible Chromebook ever.

(That is…if the MediaTek chipset works and performs as expected and doesn’t bottleneck the Chromebook.)

Let’s go over some details of the Acer R13 Chromebook.

The first Chromebook with a MediaTek CPU

In a previous article I wrote about Acer premiering the MediaTek chipset in a Chromebook (it’s the first time any Chromebook has used a MediaTek chip), the article was pretty much just a bunch of thoughts about how it would be any typical laptop utilizing some unknown chip.

This apparently was a big issue as many major news mediums covered the same MediaTek story.

Update: The MediaTek chipset seems to be working fine with little-to-no complaints from the reviews around the web. Good job Acer. As of 2022, there have been plenty more models with MT chips.

However, now that more details have leaked about the Acer R13, this just may be a little more exciting than I’d expected. This is because the R13 seems to have some specs that were quite surprising under the hood.

The Acer R13 will be a convertible style laptop with a touchscreen. This is perfect and aligns well with the advent of these laptops being able to run Android apps. Not all models can run them yet, check if your Chromebook is on the list.

However, the R13 is stated to be Android app capable, and it should be given the design. Having a touchscreen along with a transforming body allows you to utilize the most out of your laptop.

Think about it. The design compliments the purpose hand-in-hand and this alone makes it one of the best Chromebooks for Android apps on a laptop.

What’s all the buzz?

You’ll flip the lid and it’ll be a typical laptop.

You can browse the web, type emails, and get stuff done. When you want to launch an app, let’s say Angry Birds, you can convert the laptop into a tablet to play- with full touchscreen support.

Android apps are obviously native to smartphones, so the transition to a laptop was always a gray area. (It still is.)

Update: Even in 2020, readers are still talking about this laptop. It’s been out on the market for a few years now and it’s gotten some decent positive reviews. The nice thing about it is that it’s powered by an Intel CPU, which means plenty of gaming through Steam, Lutris, PlayOnLinux, and more!

However, with the ability to use these smartphone apps on a touchscreen, it’ll feel a lot more at home, rather than trying to play Angry Birds with a trackpad and keyboard.

Get what I’m saying?

The Acer R13’s design will be perfect and offer a smooth transition for Play store apps onto a laptop.

Next up are the specs. The R13 will offer a 13.3-inch display, with full-HD resolution in 1080p. It’ll be a convertible display- which if you still don’t know at this point is basically where the lid flips and pivots to transform the laptop into a tablet.

You can choose from 4 different setups:

The R13 isn’t the first nor the only Chromebook that can convert.

Here’s a brief video demonstrating the convertible body (this isn’t the Acer R13, it’s the Acer R11, but both devices will work the same way for converting from laptop to tablet, and vice versa):

A 13.3-inch screen is a cozy, yet comfortable size. I feel that the screen is a good size for watching videos and plays well with Android apps, having been the owner of a tiny 11-inch laptop. I always wish for that extra screen space instead of having to full screen just for that extra space.

The Acer R13 offers your standard 4GB of RAM, which is nothing special.

With all the goodies Google offers you with Google Drive, and the push to use cloud storage, these storage options should be plenty. If not, you can always connect an external hard drive to your laptop via the USB ports.

The R13 is also reported to have the 12-hour runtime, which is on the higher end of the battery performance spectrum.

This should be more than enough for any gaming, browsing, or media playback you’d need before needing to recharge it.

The average battery run for most Chromebook is about 9 hours, so the R13’s battery performance is well above average for a laptop. Maybe this is due to the new chipset?

The R13 will have USB-C, USB 3.0, and HDMI ports, which is something that’s relatively new to them.

Get rid of the USB 2.0 ports and replacing it with a USB-C port is a nice upgrade.

If you don’t know what USB-C is, it’s pretty much a port that’s faster and more capable than you traditional USB 2.0/3.0 ports. It has more connectivity over standard ports.

It’ll also have your standard Bluetooth port, headphone port, and your basic WiFi connection which all models have due to a lack of an Ethernet port. And lastly, the R13 will sport basic connectivity for your USB-powered devices, such as hard drives, phones, and whatnot.

If your device isn’t widely supported, don’t expect the R13 to pick it up- or any Chromebook for that matter. They don’t generally play well with weird USB devices, so it’s just something to be aware of.

Thinner than a MacBook Air (almost)

The body of the R13 is stated to weigh 3.28 pounds and measures only 0.61 inches in width, which is actually thinner than a MacBook Air.

If you think the Air is thin, think again. A thin laptop doesn’t have to come at an expensive price. This is actually quite impressive for a Chromebook.

This perfectly compliments the whole convertible design. After using your device in laptop mode, you can switch it to tablet mode in a flash.

With a thin profile, it’ll feel like an actual tablet and be pleasant to use without the bulkiness of a laptop. It’s light, thin, and portable. And it converts.

How nice is that?

The Acer R13 will be priced at $400 for the base model and will climb from there.

High-spec models will obviously cost more, but the base model is a reasonable price for what you get- the convertible design, HD display, and a super-thin profile.

This isn’t cheap nor expensive for a Chromebook. It’s right in the middle between budget Chromebooks, which most people have, and higher-end versions such as the HP Chromebook 13 and Dell Chromebook 13.

Will the MediaTek chip be the Acer R13’s bottleneck?

The only problem is the MediaTek chip.

Who knows how this will perform compared to Intel chips. It could be the bottleneck of the Acer R13. Simply switching from Intel means big differences. Intel chips usually have a co-processor for graphics, called Intel HD graphics.

Will MediaTek have a substitute? Or will games and movies lag? How will MediaTek handle multitasking, performance, and efficiency? Will the Acer R13 be able to be modded with Crouton? Will it be able to run Minecraft?

Who really knows? This could make or break them.

Let’s see how the MediaTek chip does. Will it be a zero or hero?

Update: The R13 does just fine with the chip. It’s one of the best convertible Chromebooks alongside the R11, which is the smaller brother of the two.

See the R13 on Amazon and check out some reviews.