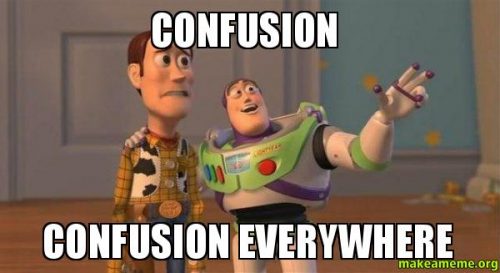 Say “hello” to the APPTOP.

If you’ve been following my posts recently, or any news source for that matter, you should know by now that the direction of Google’s Chromebooks is towards convertible two-in-one laptops.

The newer models all seem to have the same design and only differ in color and brand. This build offers excellent flexibility and a multitude of uses due to the four different positions you can place them in- tent, laptop, tablet, and immersive mode. Students seem to benefit from two-in-ones the most out of the market, but professionals can also take advantage of the different viewing positions and input methods you can use on a laptop that can transform into a tablet. Chromebooks are becoming more respected in the consumer market, probably due to their impact on schools all over the nation.

Samsung Chromebook Pro and Plus are leading the way

The “flagship” model, as I like to call it, has the same design. The most anticipated Chromebook or early 2017 is the Samsung Pro and Plus. They’ve been featured on Google’s landing page for their product line and has been the buzz around the Chromebook world lately.

Most of Google’s laptops are being designed with this body because of the integrations of Android apps from the Play Store, along with the ease of use for daily tasks.

Recently, there was confirmation that Google is porting Chrome OS over onto tablets.

And now, with Google taking the name “APPTOP,” it just goes to show it’s really happening and being put to use. Maybe.

You’ll be hearing plenty about it soon enough, as apparently, Google has registered the “APPTOP” trademark, according to an article from Dieter Bohn of the TheVerge.

But that’s not all.

“One last thing, as long as we’re talking about obscure Google trademarks. It recently registered “APPTOP” and “BYE BYE LAPTOP, HELLO APPTOP.” So, um, prepare yourself for that ill-conceived ad campaign.”

This is catchy, and I like it. But get ready to hear it all over their new ad campaigns.

So, does this mean that these phrases are for the new tablets with Chrome OS?

Not specifically. It was traced back to Samsung and their efforts to tell the public that their Pro and Plus laptops aren’t just laptops. They’re laptops that run apps…so they’re apptops. Hah.

Other sources that covered this story seem to hate it. Personally, I like it. It’s simple and it relays the proper message to the public. It’s a laptop that can run apps. The only issue is the general public doesn’t really know about the whole Android, Play Store, and Chrome Web Store distinctions. Being able to run apps from both the Play Store and Chrome Web Store is fairly new and groundbreaking in the Chromium world, but for the typical consumer, they probably expect it.

And they may not be that happy, seeing as how the Plus had some issues running Play Store apps.

They just expect a laptop that can run apps. It really depends on how you think of it.

When you say “apptop,” any of these can go through their mind. So you better cover all your bases and being able to do them all- and do it well if you’re going to advertise a product with that slogan. Google needs to improve the integration on the Plus, especially if their ad campaign is tied to that device.

Oh well, we’ll have to see what happens. Honestly, though, I’m more excited about the upcoming ads than any new device.

The tablets with Chrome OS loaded onto it still seems a way off. This is most likely just another ad campaign with a catchy slogan to further promote Samsung’s flagship products. Stay tuned for more details.