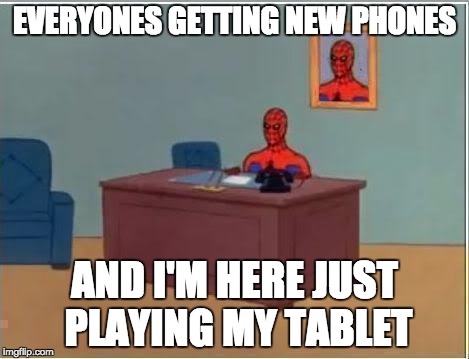 But, are you surprised?

With the constant push for convertible Chromebooks in the current market, a tablet with Chrome OS will be just like a Chromebook in tablet mode. There’s’ not really much to get that excited over, other than people who dig tablets over laptops.

As you can probably see, I’m not that much of a fan of tablets. Or perhaps I’ve just never really worked them into my routine. But then again, I’ve never really given them a chance if I never got to work with them. It’s a simple catch-22.

Chrome OS on a tablet- who would use it?

So, now that Google is hinting at putting this Chrome OS software onto tablet devices, the only people who should really get excited over this are either industrialists, business people, or tablet fans.

It’s not surprising that it’s coming to tablets, but it is surprising that it hasn’t been done already. Seeing as how Chromebooks are known for being fast, secure, and cheap, it’s easy to wonder why tablets haven’t taken the same fate- as they’re even cheaper to produce compared to a laptop.

Chrome OS is a hugely successful platform for the educational market. In fact, it’s taken over Mac sales and many schools have already made the switch to Chromebooks.

Some people think that Android and Chrome OS should merge into one, as they’re both very similar (yet, very different) in what they do. Google’s Android OS already powers the majority of phones on the planet, so then what’s left for Chrome OS? A rumored new OS by Google called “Andromeda” was speculated, but it never happened.

It was quickly debunked and announced that Chrome OS and Android would remain separate.

However, Google has already been implementing Android apps over onto Chromebooks. This is a work in progress and is still widely available on many Chromebooks as of now. Only a select few can actually run them due to many models not having the power under the hood. Newer Chromebooks made in 2017 should all be 100% Play Store compatible, according to Google.

I can see tablets with Chrome OS useful for only a niche market. They can be used in restaurants that require Google integration. Or maybe with students and schools who prefer tablets (maybe an art class, or that they’re cheaper). Or maybe just hardcore Chrome OS fans who want everything Google. Or Google can compete with the tablet market and make an easily affordable tablet- i.e. “the Chromebook of tablets.”

For all intents and purposes, if the platform should come out to tablets, I see students benefiting the most from it.

Naveen Viswanatha, a product manager of Google for education stated:

“With new apps, stylus and touch capabilities, we expect our partners will continue to build an even wider variety of Chromebooks in the future, including detachables and tablets…”

This only hints that Google will be bringing its secure and fast operating system to tablets.

And no one’s surprised. It should be a welcome addition wherever it should see fit.