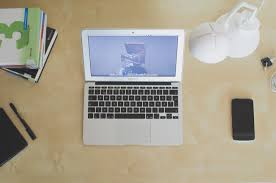 The Houston School District has added more Chromebooks to its inventory.

This is just more proof that Chromebooks work for schools and that districts all over the nation are embracing these little laptops.

The Houston School District in good ol’ Texas has acquired a huge amount of additional units- a whopping 180 laptops.

These laptops came from the annual “Give Ozarks Day” event.

This allowed the foundation to add even more units for the fourth and fifth-grade students. The foundation was established in 2006, and 180 Chromebooks have been obtained through the program for students in the fourth grade up to the twelfth grade.

“Having HHS alumni, like Bob Burch, local businesses and so many individuals step up to support the school through our foundation over the last decade has been an inspiration to see. A lot of progress has been made above and beyond what is corporated into the school’s annual budget each year.”

The results of the fundraiser were impressive. A total of $13,140 was raised. Dr. Allen Moss, the superintendent, has used the money for the purchase of more laptops.

Businesses and individuals all contributed to making this happen. The program has raised money to provide this amazing technology to students to encourage and improve learning. Students who don’t have Internet access can still use Chromebooks, as they have offline modes and apps available for students to work on homework or classwork, and then submit their work after they get a WiFi connection.

Three new members were added to the staff recently, and more people means more support for the students.

These laptops have been used in classrooms all over the nation. Students seem to respond well to them (video via Standard Middle School):

Chromebooks for schools, classrooms, kids, and students is a bright idea

A school switching to Chromebooks from Windows or Mac is one thing. Staying with them and buying more is another thing.

This just goes to show how you don’t expensive systems for learning. They make an excellent choice as they’re cheap and easy to use for students. This is why Chromebooks are currently dominating the educational market more than the consumer market. As more and more schools join the league, Chromebooks are becoming more than just a “netbook.”

Especially with the Android app update, Chromebooks will be able to do more than ever. This just adds tons of potential. These laptops have seriously come a long way from a bulky laptop with a limited function to an omni-laptop that can do a little bit of everything.

For the typical user, it does everything you expect it to. If you’re not in school, you can use these laptops to do pretty much everything else. You can surf the web, watch videos, play games, and get stuff done.

This means you can customize your laptop to do whatever you want it to by adding specific apps for your purpose.

Let’s say you want a Chromebook for gaming. You’d probably want to get a touchscreen Chromebook like the Acer R13.

Then you’d hop on the Chrome Web Store and install a bunch of games. It has hundreds of (free) games ready to install at your fingertips. You can easily find games like Spelunky, Arcane Legends, Gorescript, Doom, and tons of other awesome games.

As for students, it does more than what typical classrooms demand out of their students.

Docs, Slides, and Sheets are all substitutes for Microsoft Office, and they’re all free. It makes sense to make the switch to Chromebooks. More and more schools are getting with the program.

If your student’s school doesn’t provide Chromebooks, consider buying one instead as they’re easily affordable.

(Don’t know which one to get? Check out my list of the best Chromebooks for students in 2017 to make your purchasing decision easier.)

Chromebooks offer a multitude of benefits of Windows. Schools using Chromebooks now is a common thing. (And for good reason.)

Do you own one? I’d like to hear your thoughts. Leave a comment and let me how you like it (or hate it). Seriously. Let me know.