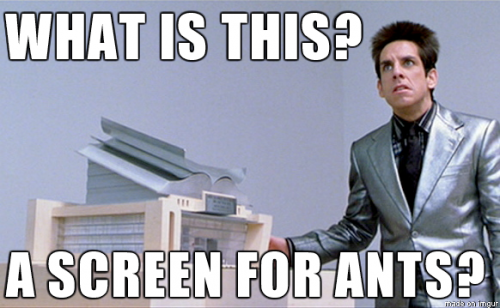 Did you know there’s an easy way to change your Chromebook’s resolution?

Could you have guessed?

Although some of you may already be proficient with Chromebooks and able to change it from the Settings menu, there’s an even quicker way to do it.

Let me put that into “perspective” for you. Eh? See what I did there? Heh.

Why was this shortcut added so late? Shouldn’t it be built-in from the get-go?

With more advanced Chromebooks coming out that have much more powerful hardware and specs compared to 2016’s models, they’re obviously getting higher specs with sharper screens.

Models such as the Samsung Plus/Pro, Google Pixel, and HP G just keep pushing the envelope and keep getting better.

Therefore, it only makes sense that there’s a quick shortcut to change it on-the-fly to make adjusting for Android apps, YouTube, and Chrome apps easier.

I mean, you don’t want a huge version of Temple Run 2, and a super small version of Google Docs. Being able to change it with a quick shortcut combination makes sense.

It plays a role in keeping Chrome’s UI scaled correctly as well. Menus, navigation bars, information widgets, and the browser itself should all scale nicely. This is especially important when you have different tabs open with different zooms.

Having a higher setting means more real to fine-tune depending on what you’re doing. This gives flexibility over control. This changes how your entire screen looks.

Being able to change the setting is something that not many users take advantage of.

For example, if you’re working on a big image you’ll likely want to max out the resolution which will give you a “smaller” picture, UI, and menu icons.

But then when you’re just playing around on your Chromebook, you may want to drop the resolution a bit to get everything back to “normal.”

This is you have the option for it to be adjusted. And also why you should take advantage of it. It’s actually quite useful when you start using it.

It also gives you the ability to see how things look on other screens with a lower (or higher) depending on what you’re working on.

If you’re designing an icon or touching-up an image, you may want to see it across a variety of resolutions- from smartphone to a 4K TV.

This is the old way of changing it:

Sure, it works. But who wants to browse through menus? No one does that anymore, right?

That’s not cool anymore, right? Here’s the new way of switching between settings quickly…just like how a “professional” Chromebook user would do it. Be a pro.

Check it out. This is how the cool kids roll.

So, how can you take advantage of change it quickly?

Use keyboard shortcuts (or hotkeys, if you will).

Whenever you need to switch it, you can simply scale your Chromebook’s screen by pressing the following keyboard shortcuts:

You can also toggle between them instantly

So you can switch between them and toggle it to your liking. If you’re doing sensitive work, you can now adjust it at any time you want in whatever app you’re currently working with.

Note that the actual resolution of your screen itself (native setting) doesn’t change at all. Just the screen’s will change.

Your Chromebook just changes the image to match the resolution you set as if that was the native resolution. You can always go back to the default setting and this doesn’t damage your screen in any way.

Use it to scale down high-resolution images to size, or blow up smaller images though they’ll be pixelated. Videos will simply get “bigger” but more pixelated as well. Anything that has a set pixel dimension will either get either pixelated or scaled down, depending on the original dimensions of the media.

Here’s an excellent resource to check out. (It’s from Wikipedia).

This won’t make images any clearer than they are if the image doesn’t support it. For example, if you’re looking at a 1920 x 1080-pixel image using a 1920 x 1080 resolution, that’s exactly what you’ll see. Now, let’s say your model is capable of turning up the setting.

If you turn it up, the image will just look smaller since it has to scale down to match the number of pixels on the screen.

The same works for the opposite.

If you have a 300 x 400-pixel image and turn the setting lower, the image will get bigger and more pixelated. It’ll actually look worse by blowing it up because the image doesn’t scale- it’s static.

It’s kind of confusing, huh? I wrote a guide about some Chromebooks with the best resolutions so you can get the best picture possible.

Adjust it to your liking

So, now that you know how to adjust your Chromebook’s resolution with a keyboard shortcut, use it. Take advantage of it and make things happen.

Play around with it and adjust frequently to match what you’re doing. No matter what the case, you can use this shortcut to speed things up and boost efficiency. I know a lot of people have an 11.6” screen (just like me), and when I’m reading an article, forum, or ebook, I blow up the screen by either zooming in or changing the resolution.

You probably don’t really plan to use it since it’s still new. Just try it a few times and you’ll get the hang of it. You’ll see how it can fit into your browsing routine.

You’ll find it easier on the eyes and makes your work a lot more appealing to look at since it fits perfectly with how you want it to be.

If you found this helpful, consider telling a fellow Chromie.