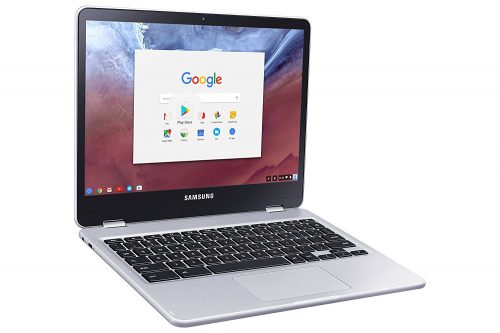 Did you ever wonder how Android apps really run on a Chromebook? Maybe how the experience is like?

Well, if you’re like me and you haven’t had the update yet, and you’re just too lazy to switch to the Developer Channel to get the update early, the most you can do is read or watch videos on YouTube.

I’m not a huge fan of getting the apps on my CB3-131 Chromebook, but then again, it’d be nice to have and play around with. That’s probably why I haven’t been the most proactive about it.

However, based on what I’ve seen and read on the web, it seems that the Play Store apps are just…mediocre at best.

I’ve praised the ability for Chromebooks to run Android apps many times before but is the experience that amazing. I decided to actually look into it.

Samsung Plus is the standard

First, we’ll have to pick our platform. It’ll be the Samsung Plus since that’s all the rage right now.

After doing some research, the reports and reviews say that it’s pretty glitchy at best. According to sources like The Verge, the Samsung Plus runs Android apps, but don’t really fit the Chromebook.

In other words, it’s like emulating the apps on a device with a weird aspect ratio not built for it. If you’ve played any emulated games on your computer, you know what I mean. You can tell it’s built for different platform and you’re getting a weird transformation of it that’s not perfectly integrated.

And you can tell.

Android apps are buggy at best

The Android app on Chromebook idea is still in beta, so you can’t expect it to work. But then again, seeing as how Google states that every Chromebook made in 2017 will have Play Store support, you’d expect near perfection. Especially when the device is the Plus, which is one of the most advanced and newest Chromebooks on the market. It’s like the flagship model for Android apps.

Reviewers have the following complaints:

It’s all to be expected though. The Play Store apps run on Chrome OS simultaneously. PC World states that if an app with support for a big screen is run on the Samsung Plus, it’ll stretch out and become difficult to see anything. Controls and sensitivity are also a little weird.

Here’s a video of Android apps on Chromebooks in action:

However, when you do things native to Chrome OS on the Chromebook, it works perfectly. Taking notes, drawing, or transforming stylus input into text works without any issue. Of course, this is to be expected as it’s designed for the native OS.

When you put Android apps on there, it won’t be perfect. The apps are designed for smartphones with a full touch-screen input, and you’re moving it over to a bigger platform with a different input- with rit be sensitive, touch mapping, materials, computer specs, or more. Surely, the touch input feedback mechanism on a laptop is designed differently than a phone.

The Samsung Plus has a long way to go, but it’s a start. It really is the flagship model for the Android and Chrome OS merger. It’s been the target for many “Play Store on Chromebook” reviews because it’s advanced, new, and has an ARM-based CPU, which is what many smartphones have.

I’ll keep waiting for the update on my Chromebook to write my personal experience.