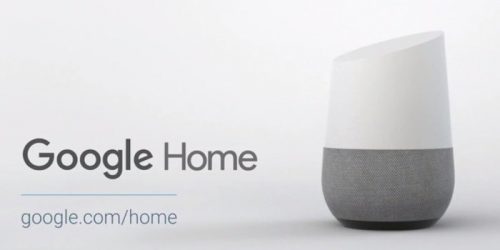 Wanna grab a Chromecast 2 for free? Now you can, kinda…with a purchase of Google Home.

If you’ve been watchful to make your home a Google home, it’s even easier now that Google is offering you a nice deal on their products.

If you haven’t noticed from ad campaigns, Google wants to really put their name backing up all their products. Their newest smartphone- the Pixel, is constantly advertised as “made by Google.” After the not-so-hot launch of their previous phone line, Google is back to up the ante.

Now, Google Home is like Amazon’s “Alexa” for the home somewhat. Although Alexa currently owns the majority of the market share and is geared just for Amazon, Google Home isn’t far behind. The perfect combo would be to have Google Home for your voice commands, and Chromecast for your TV.

What does Google Home do? Is it worth it?

I know that many of you don’t even know the first thing about Google Home, other than it’s one of those fancy things you talk to and it does stuff for you. Yes, that’s what it is. But, you should probably check out the cool features and conveniences it offers to improve your life. Here’s a quick run-down of what Google Home does:

That’s about the gist of it. It’s basically a virtual assistant that’s always listening and ready to go.

Why would I need one?

At this point, you’re probably thinking if you really need one. Well, why not? If it makes your life easier (and cooler), why not? It’ll save you time from Googling it on your phone, so if it saves you time, it saves you money, since time equals money, no? Okay, we don’t have to get philosophical.

I think it’s a nice buy especially since having a device like this could really just make life simpler. I can’t tell you how many times I accidentally shut down my computer and I’m a rush. I forgot to look something up so I have to unplug my phone from the charger, type in the query, go through the search results until I find the information I need. It can be anything from showtimes to an address.

If I had an assistant, I could simply just ask it and it’ll do all that for me while I struggle to put my jeans on. Then it’ll just give me a direct answer and there you go. I’m ready.

If you’re already on the fence about grabbing a Google Home for yourself, Google has made the deal even better by offering you a $35 bonus credit for every Home purchase. This basically means you get a Chromecast 2 for free.

What does Chromecast do?

If you don’t know what Chromecast does, it basically plugs into your TV and makes it able to show images, videos, and other media right on the screen. It turns any TV into a Smart TV as long as it has a USB port. You can “cast” from your Chromebook, smartphone, or pretty much any device running an instance Chrome’s Internet browser. That’s the basis of what Chromecast does, though not all of it.

And to make the deal even better, you get a free semi-annual subscription of Google Play Music and YouTube Red. With these, you can listen to unlimited music from your favorite artists and tracks without ads and other annoying interruptions, plus grab premium content on YouTube.

So, here are your options:

Both are appealing, but for my purposes, the former option wins. I’m not really a hardcore music buff (I’d rather listen to YouTube videos for my background noise), so the Chromecast works for me.

There have been other deals on these items, but this combo is a really good one. I’ve been thinking about getting a Home for a while now, which is why I can spit out the features so easily based on all the research I’ve done. This deal just sold me.

A Google Home for you, good sir

Google Home is currently $129.00 as of this writing, and both Chromecast 2 and Chromecast Audio are both $35. This is an amazing combo.

Grab the deal on the Play Store here.

With this deal, you can really turn your home into a Google Home. Okay, it’s a bad joke. I get it. I’ll stop telling it now.

Know anyone who might be interested? Send them this article and they’ll thank you for it. Be a pal.