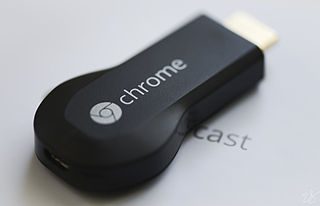 Want to project a YouTube video onto your big screen smart TV via Chromecast? Or how about a picture? Or maybe just an awesome website (like this one, perhaps)?

Now you can (well, you already could)- but with ease. The Chrome browser pretty much already offered you multiple options to cast your images, videos, and other media directly onto your TV or other Chromecast-enabled device, but now it’s even easier to do so.

On the newest version of Chrome, Google has integrated Google Cast directly in the build. This means no app download required. You can directly cast anything without the need for additional downloads.

Google Cast is the engine that powers Chromecast, and it worked by an app extension made by Google. It provided buttons on Google Music, YouTube, and many other sites that allowed you go directly project whatever you’re watching on your Chrome browser directly onto your TV and even stereo system. It was all connected, but you had to get the app to make it work.

Now, you can directly “cast” whatever you wish onto your TV with your Chrome browser.

That’s right. Google has built-in the option to any Chrome browser on an applicable system- such as desktops, laptops, tablets, and of course, Chromebooks.

The Google Cast protocol is directly integrated with the Chrome browser now.

It’s nothing new to Chrome, though. It’s been in the “beta” and “dev” channels for a while now, and it’s just now released to the channel which most Chrome users use by default. The Cast buttons with the app will work just as usual, but now you can have the option to “Cast…” if you right-click on almost anything- images, videos, and even entire tabs.

How to connect Chromecast to Chrome

Here’s how to try it yourself: if you have the latest version of Chrome- how to cast to your TV:

Step 1: Find the image, video, or webpage you want to cast onto your TV. Your TV must have Chromecast. If you don’t have it, you can check it out at Google’s Chromecast page here.

Step 2: Right-click on the media or tab, and choose “Cast…” from the drop-down menu. Use two fingers to touch to trackpad on a Chromebook if you’re new to Chromebooks. (Also check out my beginner’s guide to Chromebooks for more trackpad gestures, if that’s your thing.)

Step 3: Click on “Cast…” and your Chrome browser will attempt to communicate with TV with Chromecast connected. If it connects, you’ll see whatever it is on your smart TV, or stereo, or other cast-able device connected with Chrome.

All you need to do it is Chrome and a Cast-aware device connected to your local network (your WiFi router, most likely). If you’re still using the app to connect with Chromecast, it’ll still work just fine with the Cast button in the toolbar. The newest version of Chrome also includes the “Cast…” option in the hamburger menu (on the top right) of your Chrome browser.

So, you can either:

This is pretty convenient, although they’re minor changes. Still much appreciated though. Of course, there’s still the majority who don’t even own a Chromecast, so this update doesn’t really do much for a segment of the Chrome user base. It just adds a few extra options that are ignored. Oh well?