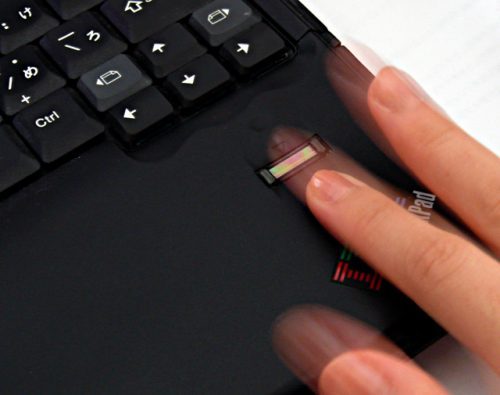 You may be using your finger to unlock your Chromebook soon.

Recent reports on the Chrome Unboxed site found some lines of code discovered by some Unboxers that basically shows the coming fingerprint unlock function.

The real question is- do we really need another way to unlocking the laptop?

Fingerprint reading is nothing new

You may already be familiar with many this feature on many devices, such as laptops, desktops, and as well as smartphones. It’s really nothing new. And it’s not really surprising to find it coming to Chromebooks.

Windows 10 already supports fingerprint unlocking for many of its devices. And Apple plans to do the same by adding a Touch ID sensor (just like on the iPhone) to its MacBook line. It works by swiping your finger rapidly over the reader and your laptop will unlock, rather than signing into your account using the keyboard. It provides a quick convenience at really no extra cost. Many laptops offer this function without any noticeable price increase. Nothing special.

Finding the code within Chromium

Unboxers found evidence in the Chromium repo that Google is still testing this feature for one of their mysteriously hidden Chromebooks coming up that’s currently codenamed “Kevin.”

Google has already added a PIN unlock feature to Chromebooks, but a fingerprint reader was seemingly unheard of until the code was discovered.

It seems like Google is trying to make Chromebooks more and more like phones, or at least function in a similar manner.

Do we need fingerprint scanners on Chromebooks?

It seems like it would be a nice feature to skip the PIN unlock, but how many different ways do we really need to login to a Chromebook?

First, we have the keyboard.

Second, we have PIN unlock.

Third, now we may have a fingerprint reader.

Sure, I understand the fingerprint reader can be used for other applications, but it’ll definitely be used for logging into your Chromebook. Do we need so many alternatives? Of course, this is all speculation based on opinion. I’m all open for innovation and surprises as much as the next Chrome fan. Seriously.

Putting a finger on it- why add a fingerprint reader to Chromebooks (or Chrome OS)?

I’d guess to obviously unlock your Chromebook or Chrome-powered device. You could probably also use it to log in to websites, pay for stuff, and probably even unlock apps- especially with the addition of Android apps on Chromebooks.

Right now, the feature is still in its early development stages and experimental, but it doesn’t mean that Chromebooks will be getting any fingerprint reader for sure, or any Chrome device for that matter.

Is a fingerprint reader really necessary?

There’s not much news on this matter, at least not now when I did a quick search. And personally, I don’t think it’s that exciting either. If it should be released, that’s awesome. It’ll be a convenient means of quick access and higher security. If not, I’m fine with that. I’m used to being without a fingerprint reader on any of my devices (other than my phone, which doesn’t always work anyway), and I’d be fine with it.

But who knows, maybe it’ll be a hit and set the new standard for Chromebooks. I think we’ll decide if it should come out. It could be a hit or miss. Personally, I don’t think it’s really a necessary function for Chrome OS, let alone Chromebooks in general.

It’s a luxury- not a necessity, in my opinion. It’s like an add-on that’s just for convenience. Even if it comes out, how many people actually use the fingerprint scanners on their laptops or phones? Well, if you’re a reader here, you probably do. But the average person probably doesn’t even know how to set it up- let alone know that it exists. Perhaps a slick rectangular square embedded into a Chromebook laptop will make people more conscious of the technology and it’ll become a new standard.

Will the addition of a fingerprint scanner change your opinion on Chromebooks that wildly? Will it persuade you to buy a Chromebook?