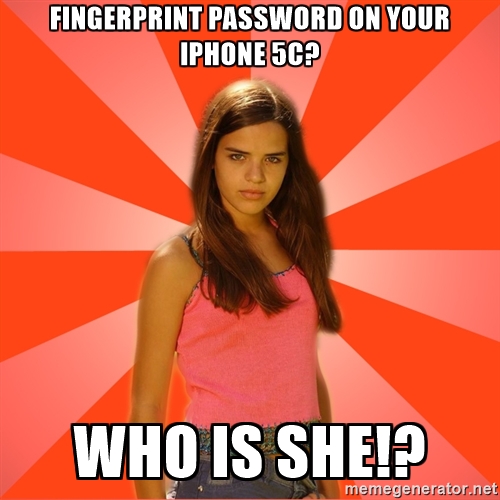 So, it looks like Chromebooks are finally able to read fingerprints.

A while ago, I wrote a post about how fingerprint scanning is coming to Chromebooks. Now, it looks like it’s solidified and it’s finally happening. It first made news around September of 2016, and now it’s basically confirmed.

Your Chromebook can soon read your fingerprint

According to multiple sources around the web, the update should take place in Chrome 58. Chrome Story discovered a flag in the Canary Channel that has the tag “Quick Unlock (Fingerprint)” appended to it. This is obvious enough that it can only mean exactly what it sounds like…unlock your Chromebook with nothing other than your finger.

Fingerprint input has already been a topic of discussion before, and Google has been slowly adding more code to support it in the Developer Channel over time.

These changes aren’t announced. It’s up to those who are technologically literate (not me) to dig and sort through the Chrome repository and discover these changes. Big props to them. We need those who are code literate to help the rest of us who aren’t.

Unlocking your laptop with your fingerprint is only one of many new security features Chromebooks have.

There’s also Smart Lock, which is a way to sign into your laptop without typing in your credentials by simply linking your smartphone via Bluetooth to your Chromebook. Smart Lock is also a newer feature just released and already is available for the public. You can easily set it up if you’d like. It’s super simple to do and is pretty handy.

However, fingerprint reading is a new input technology for Chromebooks, and it should be well-received.

It’s just that the majority of models out there won’t have this tech built-in until later models roll out with it.

Although this technology isn’t new to other brands (Mac and Windows have already been using fingerprint unlock for awhile now), it’s still pretty cool to see it on Chromebooks.

If you ask anyone, they don’t have the reputation of being the most technologically advanced laptops, nor the most innovative either. The public still sees Chromebooks as a simple netbook that only runs Chrome’s web browser and nothing else.

If using your fingerprint can unlock your laptop, think of all the other uses you could possibly use it for. Third-party apps, Play Store apps, using it to autofill fields on forms, using it to login to websites, etc. It could be a very convenient feature.

There’s been much improvement recently that challenge that mentality. Samsung has released their Plus Chromebook and is about to release their Pro.

These Chromebooks are just as advanced as any Windows laptop on the market. They have all the latest features, such as a full-metal body, a convertible setup, and even a stylus pen.

Other manufacturers such as HP, Dell, and Lenovo have also made strides in improving Chromebook architecture.

You can get things like durable, rugged models that can withstand drops, bumps, and are even waterproof all the way up to things like a rotatable webcam and advanced speakers.

Either way, it’s a nice little upgrade for Chrome OS and Chromebooks in general.

Update: While using your fingerprint is still in the works, you can now easily unlock your laptop with a PIN if you’re looking for some extra security. This feature already rolled out in Chrome 57 and should be accessible. It’s not quite as “cool,” but it’s still another layer to prevent unauthorized logins. You can also use your phone to unlock it as well with Smart Lock. Check them both out. Recommended for paranoid people, like me.