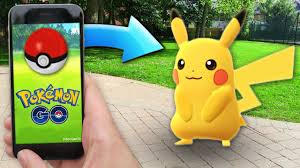 You’re addicted to PG on your phone.

And now you want it on your Chromebook.

I have no idea why you would, but it’s totally possible to do so. That’s why I wrote this tutorial.

Last updated: 1/13/22. I’ll constantly check the web for any updates so you get the most accurate information in this tutorial.

Why would you play Pokemon Go on Chrome OS?

Whatever your reason is, you can definitely play Pokemon Go on your Chromebook. It’s kind of technical, but if you’re a real addict, you’ll push through it. Just like how Pikachu always pushes through for Ash. (Zing.)

This method STILL works in 2022. Why play the game on a tiny screen when you can go all out on your laptop? Oh yeah. Catch that!

The easiest way? Just get it from the Play Store. That’s the TL;DR. While the game isn’t nearly as popular as it was during the peak of its release, it’s still relatively popular regardless. So dive in.

Anyway, here’s how to do it. Step-by-step.

How to install and play Pokemon Go on your Chromebook

Okay, so here’s the good stuff.

It does involve some trivial steps, but be sure to perform them in order so you don’t screw anything up. And if you get stuck, leave a comment and let me know. I’ll try to help you out, Trainer!

Step 1: Make sure your Chromebook can run Pokemon Go.

To install and play the game, you’ll have to make sure your laptop is compatible with the Play Store.

The Play Store is an update that allows Chromebooks to install and run Android apps. It’s a relatively new update that’s limited to a number of different models. But it’s slowly rolling out to more and more Chromebooks.

When Pokemon Go first came out, the Play Store was only been released for 3 Chromebook models.

Now, the update is available for tons of different Chromebooks. More and more models now already have the update pre-installed, such as the new Samsung Chromebooks (Pro and Plus).

In fact, all Chromebooks made in 2017 will have the ability to run Android apps. So if you have a newer laptop, you can probably play the game without a hitch.

If you have an older one, you may still be able to force the update.

If your laptop doesn’t have the update yet, you can see when (and if) it’s going to get it on this list of supported devices.

Here are your options:

Update: Now that the game’s been updated a few times, there are more features than ever. This method still lets you play the game directly from the Play Store, including version 0.165.

And Chrome OS has since improved their ability to play Android software over time, so the game runs a lot more smoother now.

Step 2: Install the game from the Play Store.

Whether you already have access the library of apps on the Play Store or you forced the download, go ahead and launch the Play Store.

You can launch it by clicking the icon on the shelf (taskbar), or by using the Launcher (circular icon in the bottom-left) and looking for the Store.

After you launch it, just search for “pokemon go” in the big search box. Easy enough, right?

It’ll pop up as an app. Click on it and you can read details, reviews, and check out other similar games to it. We’re not here for that. We’re here to catch some Pokemon in augmented reality.

So go ahead and click that big green “Install” button. The game will download and install on your Chromebook.

The app will ask for certain permissions on your Chromebook.

You’ll obviously have to allow these permissions to play the game and launch the app. Some users have reported that there were issues where the app won’t ask for permissions and won’t launch.

Simply relaunch the app if this happens and it should work the second time around (or third). Just keep trying.

Pokemon Go will ask for you to grant permissions for the following items:

You’ll have to accept these as they’re integral to the game- especially your location. The game needs to know your location so it knows what Pokemon to spawn and your environment (land, ocean, city, etc.).

Of course, if you don’t want to allow the app permission, you won’t be able to play it. The choice is yours.

And although mapping may be slightly off, who cares? You’re still catching them all- on a laptop!

If you don’t have a Google Account, you’ll have to register one in order to play Pokemon Go. You’ll see a prompt in a window if you’re not signed in already, so go ahead and create a new account.

This step is necessary for Google to tie the game to the proper account.

Step 5: Understand the compromises of playing Pokemon Go on your Chromebook instead of an Android smartphone.

Pokemon Go is a GPS-based game. That’s a given. You’ll need location services for the app to work correctly.

The problem is that your Chromebook doesn’t have any GPS receptors built-in. It relies on your network setup for location data.

This could pose a problem.

Your laptop can’t really detect your exact location, and the game requires that it knows exactly where you are to the nearest foot so it can render the game properly and spawn the right Pokemon in the right places.

So, what are you going to do? How will this affect your gaming experience?

Well, your Chromebook will attempt to detect your location as close as possible using your WiFi network. This isn’t exactly on a GPS level, but it’s pretty darn close. Your WiFi location gives away enough information to pinpoint you so that the game can put you in an approximate area.

So if your service provider is accurate enough, you should be right where you need to be. The game should render you within the proper area- whether you’re in a city, nearby an ocean, or just in your house. This should spawn the right element of Pokemon for you to catch.

However, some service providers have their WiFi network located in a remote location from where you actually are, so you may see unfamiliar streets and locations.

This is just something you’ll have to deal with.

You’ll be walking around in a land you’ve never heard of, but it doesn’t really matter. It’s the environment that matters.

As long as you can identify it, you’ll be okay. This is a bug and consequence of playing the game on your Chromebook. If you have a newer model, some offer more connectivity options that may work around this bug.

But there’s a huge plus to this…

Your Chromebook is a portable device. Remember?

Take it with you. Instead of walking around with your phone, you’ll be sporting a Chromebook. Sit down at a location with WiFi and go huntin’.

You can do this because lots of places offer free WiFi and you just sit down and catch ’em all. You can do this in malls, restaurants, events, stores and more.

Or here’s another idea- you can use your smartphone’s WiFi personal hotspot and connect your laptop to it. This way it’s like you’re playing Pokemon Go but on the big screen rather than your phone. How cool would you look? That’d be awesome. Now that’s dedication.

Sure, it’s not as convenient as a smartphone, but why did you decide to use a Chromebook in the first place to catch Pokemon?

Whatever the reason, it’s worth it to lug your Chromebook around. Show your hardcore devotion to the art of catching Pokemon.

Other than the GPS issue, the game works pretty well.

You can buy stuff at PokeStops, go to gyms, and of course, catch ‘em all.

But that’s if you find one in your location determined by your WiFi network, or wherever you happen to bring your Chromebook.

Here’s a YouTube video demonstrating the game in action:

One other thing you’ll notice- the augmented reality (AR) feature doesn’t work. Like, at all.

Well, that’s too strong of words. It kinda works. But backward.

If you try to use the augmented reality feature on your Chromebook to play Pokemon Go, you’ll likely see a Bulbasaur bouncing around on your forehead due to the webcam turning right on your face.

So, besides the AR and GPS issues, the game basically works and is playable.

You’ll be able to catch Pokemon while chatting with friends on Google Hangouts and Skype while watching YouTube while trying to do your English assignment in Google Docs.

And you can do this anywhere. Only on a Chromebook. Only for geeks.

How awesome is that?

If you’re trying to hunt for Omastar in the ocean, Tangela in the park, or Jolteon at the mall, you may want to change your location (spoof) it so you don’t need to walk around everywhere.

This is possible if you use a VPN. It’s basically an app that lets you change your IP, address, and location. They’re mainly used for staying anonymous online and hiding your identity. The only issue is that some work with Pokemon Go and some don’t.

You’ll have to play around with them to find one that works- it all depends on how much of a hardcore Trainer you are.

The Chrome Web Store has a ton of good ones. And if you’re too lazy to look, I’ve written a guide about the best free VPNs for Chrome you can check out.

Pokemon Go is still getting free updates (and the recent one “Team GO Rocket” is freakin’ awesome so far). Even with this update, the game still runs like a champ so far.

There was only one point where I really had an issue getting the game to run, and that was with the Lure Modules, but that was easily fixed shortly after.

If you’re having problems getting the game to run, leave a comment and let me know!

Update: This has receive numerous updates in the app store and is ready to go. If your Chromebook can download and run Play Store apps, get it from there.

If not, get a newer Chromebook as yours may be outdated. All models made in 2017 and up support the Play Store by default. You can also try to force the update if you’re the pipeline to receive it in the future rather than waiting around for it.

This is pretty cool that you can basically emulate the game on a laptop.

Although it’s glitchy, it shows the power of integration between Chrome OS and Android.

It’s pretty impressive and I had a blast playing the game on a laptop screen over my phone. I’m pretty sure over time the game will improve. Perhaps even a Chrome OS version will come out.

That’s something worth Pikachu’ing at.

If you happen to find this tutorial helpful, please also leave a comment =]. And consider telling a fellow nerd.