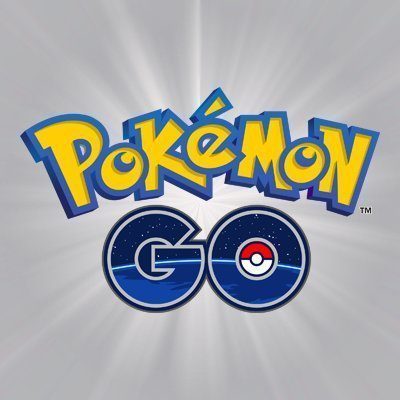 Pikachu, I hate you?

With Pokemon Go fever sweeping the smartphones of once-innocent users everywhere, and I literally mean everywhere (from gyms, stores, lawns, parks, and even bathrooms), you may be sick of it. Pokemon Go is the newest viral app for both iOS and Android devices that has Pokemon fans gathering, swiping, and catching ’em all.

Why Pokemon Go is so popular

If you’re not a Pokemon fan, you probably walk around wondering how and why so many people are playing it. Even people who don’t play Pokemon are playing it, and that’s saying a lot about the game itself.

Personally, I don’t really mind. It’s fun to see people walking around everywhere with their phones out and swiping rapidly. And seeing all the commotion and gatherings is fun too. I’m not a Pokemon fan- I’m just neutral. Note that this article is written in a neutral manner- I’ve never played the game nor know much about Pokemon. However, I’ve learned about it just from talking with other people.

What’s amazing is how an app can quickly sweep the nation. It’s literally brand new and it’s being talked about all over the ‘net, social media, radio, TV, everywhere. Wow.

If you don’t know what Pokemon Go is, read on.

Pokemon Go is an augmented reality (AR) app for both Android and iOS devices. It’s basically an RPG where you walk around holding your smartphone and the app utilizes your GPS function to create a world that’s a mirror of your real surroundings. When a Pokemon is near, you whip out your smartphone and use the rear-facing camera to scan the environment. If you have augmented reality on, you’ll see a cartoon-ish Pokemon projected onto the environment via your camera. So basically, you’ll see the world around you through your camera just like normal, except you’ll see Pokemon bouncing around too. You can turn off AR, and you’ll simply see the game’s rendered background.

Augmented reality is nothing new to apps. There are a few games that already utilize augmented reality, but none have the dedicated fans that Pokemon has. Now that a game has gone viral with the tech, it may just become more mainstream as other copycat apps try to make their own version of Pokemon Go. Of course, augmented reality has much more application than games exclusively. With the very positive reception that AR has received proven by Pokemon Go, developers may be being innovating new uses for augmented reality within smartphone apps.

The game also has virtual shops that you can buy stuff from, and these are real landmarks where you’ll have to be in proximity to shop at. For example, your local mall can be a landmark and a Pokemon shop. If you want to buy stuff in game, you’ll have to travel to your mall and whip out your phone to make that virtual purchase. Of course, not having played the game and speaking from a non-player’s perspective, this is new and exciting. There are other apps and games that use the same function, but none have the fanbase that is Pokemon Go.

Pokemon Go on the streets

People are walking the streets like drones, loitering at gyms, and scanning the environment like they’re taking a video- with you being the guest star. People have already walked into traffic, been stabbed, and all sorts of other things while playing Pokemon Go. Search for it. You’ll find tons of stories. It’s fun, amusing, and awkward simultaneously. Of course, the majority of people appreciate this just to witness the power of AR, or the Pokemon fanbase, or social gatherings for something that’s been a “hidden” hobby that people can now stride in pride. Or whatever else is making this app so viral.

There are people who hate Pokemon Go as well

Of course, with all these fans, there are people against Pokemon as well. An app for Chrome called PokeGone aims to block all traces of Pokemon on the Internet, similar to the Game of Spoilers app to block Game of Thrones Spoilers.

I’m not sure if all the excitement for Pokemon Go is here to stay, or just because it’s new and amazing. Since so many people are playing it, the herd mentality kind of makes me want to download it and try it as well to see what all the fuss is about. I probably will if something triggers it, such as one more person whipping out their phone at rapidly swiping up.

Either way, it’s just hard to believe the virality of the app. I’m not even a Pokemon fan and don’t follow anything related to it, yet I can’t even avoid it if I tried- whether online or offline. That’s crazy viral. It’s amazing how something can spread so quickly and just become a “thing” now.