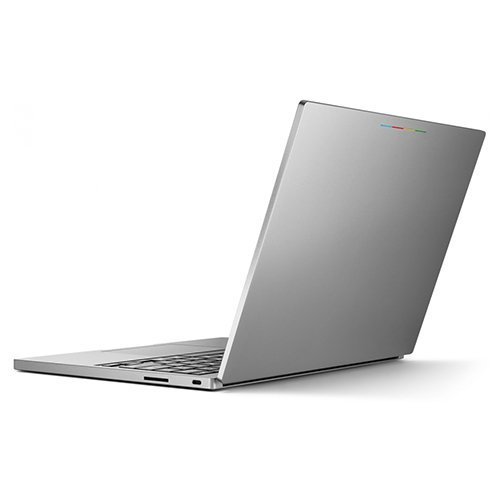 Okay, so Google may be bringing back the Chromebook Pixel after all.

Just yesterday, I wrote a piece saying that the next Chromebook Pixel 2 may be discontinued and Google specifically reserved the “Pixel” name for their Pixel smartphones and tablets.

This was implied because a spokesperson for Google stated that they have “no plans to do one right now.” The “right now” was the overlooked part. It only left many Chrome fans to speculation and the depression of fathoming that we may never see the next Pixel Chromebook.

If you’re not familiar with the Pixel, it was released back in 2013 and was the top-of-the-line Chromebook. It had all the power, a beautiful 2560 x 1700 IPS display, and a unique, modern design. It was considered the Ferrari of the Chromebook lineup.

Even though it was expensive, it was still there to set the bar for Chromebooks. Of course, the majority consumers bought the cheaper models, but enthusiasts were still able to purchase an enthusiast Chromebook.

Schools, teachers, and professionals all made the up the majority of the lower-end Chromebook sales. This is a large portion of the market, as sales eclipsed Apple’s Macs and dominate the educational market as well.

Many fans were looking forward to Chromebook Pixel 2, as it would be the next best thing from Google. After all, Google putting their own name on their product means it has to be good, right? Especially how they’re pushing the “made by Google” slogan in all their advertising campaigns now:

The Chromebook Pixel 2 is still on the ropes

It’d be a shame to discontinue them. And that’s exactly what I and a whole bunch of other sites though.

But now, the same spokesperson stated in a recent Tweet:

“Hey all, Google’s own Chromebooks aren’t ‘dead’ as has been reported. They will live on, we just have *no plans to share at this time* ;).”

This shows Google still has plans to invest in its own product and house brand but isn’t willing to tell the public what’s going on.

This is awesome, so now consumers know that Google isn’t giving up on their laptop. Yesterday I thought Google was about to abandon their Pixel Chromebook and reserve the name for their phones and tabs, but today I got reassured that they’re still dedicated to making the next amazing Chromebook.

After all, for Google to partner with Samsung to display and feature the Chromebook Plus on their Chromebook landing page is a big disappointment for fans looking for something that’s “made by Google.”

Are you going to wait for the Pixel 2?

For now, we can look forward to other high-end Chromebooks, such as the Samsung Plus or Dell 13. But if you really want a Pixel 2, you’ll have to wait for Google to make an announcement about it. That’s better than nothing, though. And it’s a lot better than the vague statements made earlier. If the Pixel 2 comes out soon, I’ll be making that my next Chromebook upgrade. The Samsung Plus had my eye, but the app compatibility is only sub-par. So I decided to wait for it to improve. But if it takes as long as until the Pixel 2 is announced, that’ll be my next laptop. I’m stoked.

I’m stoked, even with that minor significance of a Tweet. It’s good enough for me.

The takeaway? The Chromebook Pixel 2 could still be coming. Sit tight.