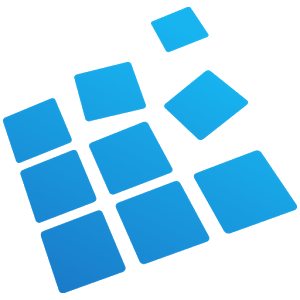 Have you ever wondered if you get Windows programs to run on your Chromebook?

You could run the original Microsoft Word. Or play your favorite games. Or even just use the Windows OS that you’re used to.

Let’s face it. Chrome OS and Windows both have their pros and cons. Windows is the king of compatibility and is constantly improving their operating system.

Windows 10 is sleeker, faster, and more user-intuitive than ever. But it has its share of security, inefficiency, and other bugs.

Chrome OS, on the other hand, is already fast, simple, and secure. But it lacks compatibility with any software and is relatively run on weaker laptops that can’t handle a lot of modern games and applications. Not being able to install executable files is a double-edged sword.

It makes it secure, but it also makes it incompatible. (It also contributes to keeping your laptop running fast.)

So, you’d question why anyone would want to get Windows on a Chromebook, right?

I thought the same thing.

And I don’t understand it.

Getting Windows OS would simply be like running it on a weaker laptop. And bragging rights. But that’s pretty much it.

There have been multiple attempts to get the Windows OS to run on a Chromebook. And a few have been successful. You can easily do a search on your favorite search engine for these successful attempts, or even just go on YouTube and see all the videos of it in action.

Of course, you’re not actually installing Windows 10 on a Chromebook. You’re emulating it. All these attempts involve using an emulator app of some kind to simulate the Windows environment. They don’t actually install Windows at all. But I guess it’s a big deal. Big enough to make an emulator off of it. I mean, who’d invest money and time into a product if there was no demand for it?

First, there was CrossOver by CodeWeavers

A notable example is CrossOver by CodeWeavers. It was debuted a while ago and it showed off their technology. They ran Windows programs on Chromebooks with an Intel-based CPU. CrossOver is an Android app that you can check out on their site.

It was pretty cool and made major headlines. I even wrote a post about it.

Then again, I don’t really understand the point of it. It was just impressive to see the familiar OS on an unfamiliar body. (Not that I’m that unfamiliar with it.)

If you really want to get Windows, why not just buy a Windows-based laptop? There are a ton of cheap laptops that are in the same price range as a Chromebook. And they’re Windows-based. The HP Stream, Lenovo Miix are two that I’d consider competitors in price against cheaper entry-level Chromebooks.

Then, there was Exagear by Eltechs

Now, another brand has made another emulator.

It’s another Windows emulator that’ll get it running on any Chrome OS device. It’s clearly stated that the main purpose of their app is to get Windows on your Chromebook.

That’s nice and all. For those who still want Windows, this is for you.

Update: ExaGear has been discontinued by Eltechs.

Here’s a video demonstration of the app in action:

It’s only compatible with ARM-based laptops or devices. If you know Chromebooks, you know that most are Intel-based. Only a few Samsung, ASUS, and Acer models here and there utilize ARM CPUs. That’s already a big issue that limits the usability pool of this app to a very limited select few.

I looked through Eltechs’ site and it looks like they only currently support the ASUS Flip. Note that this doesn’t mean the Flip 2 is supported- just the original.

Another laptop that could possibly work is the Acer Chromebook R13 because it has a MediaTek ARM CPU, but I couldn’t verify this. It’s just speculation.

But either way, the target market for the app is very small. Unless Exagear can roll out to more models, there will be a very limited use for this software.

As of this writing, it’s rated 3/5 stars based on dozens of reviews. That’s pretty average, but it’s a start. They need to make their app more available.

Again, this brings up the same point I made earlier. If you want to get Windows to use their applications, just buy a Windows PC. The price is the same as a Chromebook, or at least close enough to justify all the extra hoops you have to jump through to get the OS on a different device.

If you’re stuck with your Chromebook and unhappy about it, and you can’t buy another computer, then use Google’s alternatives. There’s almost an alternative for everything that Windows has that runs on Chrome OS. For example, use Google Docs instead of Microsoft Word, or Google Sheets instead of Excel, or Google Hangouts instead of Skype (though, you can actually use Skype now on Chrome OS, so nevermind that).

If you really want to do this the hard way, then go for Exagear. But remember, you have to have an ARM-based Chromebook, with the ability to get Play Store apps on your laptop (here’s a guide for that).

And don’t forget, you need to pay for it too.

That’s right. It’ll run you a whopping $29.99 for this emulator. And it may or may not work. It’s like paying for a hack that could possibly work, but who knows if (and how well) it’ll work.

This is asking a lot just to get one OS onto another device when it was never meant to be that way.

It’s a cool concept. But I still can’t understand why anyone would want to do this. Unless you’re an enthusiast just doing this for fun and stuff, then that makes sense.

If you can answer that question, leave a comment with your reasoning.

1 thought on “Want Windows on your Chromebook? Now you can with Exagear. (Kind of.)”