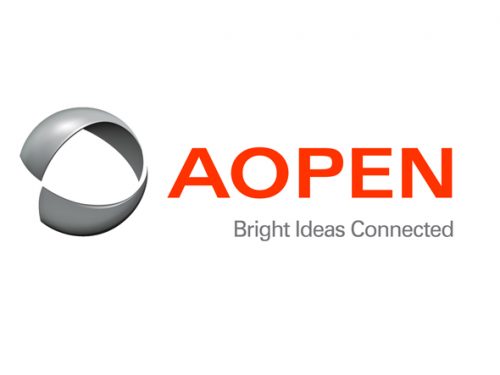 A digital tech company known as AOpen has announced a new device to join the Chrome OS gang.

If you’re not familiar with Chromebase, they’re basically just desktops that run Chrome OS. So it’s the desktop version of a Chromebook.

The Chromebase Mini has some impressive features that make it seem like some kind of Microsoft Surface-esque computer with a tablet’s build. It’s not really made for the typical end user, but more for businesses and enterprise solutions.

If you own a business and you’re looking for a cheap computing solution, you may be interested. (Or if you’re just a hardcore Chrome OS fan.)

For starters, the device has the same form factor as a tablet.it has a 10.1’’ touchscreen. But it’s not a tablet. It’s an all-in-one computer that runs Chrome OS.

It has a 10.1’’ touchscreen that works exactly as you’d expect, with a 10-point touch support for busy fingers. Nothing fancy. Nothing special. Just your basic multi-capacitive touchscreen you find in any basic tablet nowadays.

As for power, it sports a Cortex A17 processor (1.8GHz) with 4GB of RAM and your standard 16GB of storage. It’s worth mentioning that the A17 CPU is a Quad-Core CPU, which is nice.

This setup is pretty typical of any Chrome-based laptops, but then again, this isn’t a tablet. Don’t forget that. Because Chrome OS hasn’t officially been ported onto any tablet yet as of this writing.

(But it’s in the works. Chrome OS is coming to tablets.)

You also can choose from recessed wall mounts and several adapters to mount with different payment devices. You can also choose power via Ethernet adapters as well.

Why these weird choices? It’s because it’s AOpen, which will be covered in detail below.

Back to the features, the most distinguishing part of the laptop is the built-in kickstand, which keeps it propped up for those business meetings over Google Hangouts or Skype video sessions. It’s a pretty convenient thing to have, considering that you don’t have to hold it at an awkward, weird, and tiresome position to have a conversation over the conference call. That’s innovation.

If I were to compare these specs to that of your average Chromebook, it’s about mid-range.

These specs aren’t too bad, but they’re not impressive either. However, word around the web isn’t that the Mini is aimed at the enterprise demographic- this means professionals and the working business people that need some kind of device that’s specifically based on Chrome OS.

AOpen isn’t a company that you’d consider when you think about devices like this. In fact, they’re not really a computer manufacturer at all at their roots.

According to DigitalTrends, they’re known as a digital signage company in the tech world. And they’ve designed the Mini to kind of fulfill this specialty. If you think about it, the laptop is small enough to carry around with its form factor.

And being that AOpen specializes in stuff like payment processing, you could totally use this as a point-of-sale device for credit card payments and the like. They’ve built stuff for kiosk applications, so this would be a fitting complement.

Since the target market for this isn’t the regular consumer, they’re not exactly cheap. Instead of being mass-produced for millions of customers, AOpen doesn’t seem to be trying to win the market over by price. Instead, it seems to be geared at those who need it (enterprise users).

It does have some nice features though that’d make it useful for the public and professionals. It’s water-resistant and tamper-resistant (again, AOpen specialty kicking in). Both of these features bring the price up.

Given that it’s pretty much a glorified laptop running Chrome OS with a touchscreen, it’s really just another laptop for the typical person.

For those who do business and need a POS terminal to take payments, this may be the answer you’re looking for.

Do you want something portable? Check.

Do you want something safe and tamper-proof? Check.

Do you want something with a touchscreen? Done.

But, what about a Chromebase Mini for the “normal” person?

However, for the typical consumer, it’s got dual microphone input for that crisp audio for your calling partner. And a full HD webcam (2MP) for those Skype sessions and video calls. The speakers are also stereo as well. If you speak to the left, they’ll hear you from the left speaker. And vice versa. Just a random fact.But overall, these are features that anyone can appreciate.

Pair that with the A17 Cortex CPU and a handy touchscreen and you’ll have a nice setup.

These are features that anyone can appreciate.

And if you’re a professional, you can utilize this enterprise-grade device for what exactly? Business meetings.

It has all the necessary inputs as well, such as Bluetooth 4.0 and 802.11ac WiFi so you can stay connected.

The pricing information hasn’t been released yet, but similar products by the company are priced at around $600, so you can expect a hefty price tag for the Chromebase Mini as well.

The real question is: Should you get this relatively unknown device or just get a basic, workhorse Chromebook that’s built for professionals? I don’t see any individual actually willing to shell out much for this. The only unique feature is the tablet form factor.

It’s special though because it’s one of the first models with a small form factor that’s considered a Chromebase.

And another Chromebase Mini alternative

AOpen is also launching the same device but packed into a compact size. It doesn’t have a display so you need to mount it to one. It looks like a wireless Internet router from the outside, but it’s actually a Chrome-based computer.

It measures just about 5.7’’ x 3.7’’ x 1.0’’ with a fanless case so it’s completely silent. It’s ready to go when connected to any display that’s compatible. It also mounts directly to the back.

So, are you excited for this? Probably not. Unless you’re a professional. Or really into video calling.