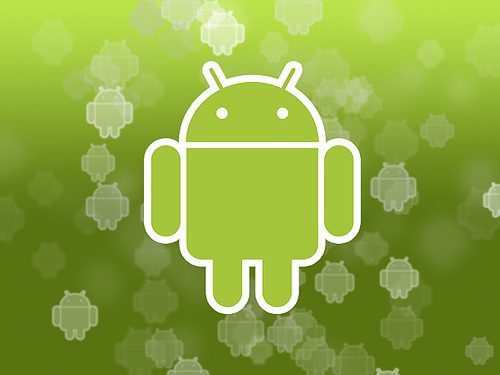 Google will soon be spilling the beans on their new OS, along with possible details about their “Pixel 3” convertible laptop. This is very exciting news.

A lot of people don’t seem to know about Andromeda, or they just don’t really care about it. It’s Google next operating system. And every release of something big from Google always leaves me impressed.

So, I went ahead and tried to find out as much as I can about what Andromeda is and what it does.

What is Google Andromeda? What does it do?

For those asking what exactly is Andromeda, well, the truth is no one really knows.

The rumor everyone seems to have solidified into reality is that it’s a new operating system built by Google which is focused on bringing the Android apps from the Google Play Store and Chrome OS together into one machine.

So, think about any of the three current Chromebooks that can run Android apps.

Now, think about if the OS was optimized to run those apps. Instead of Chrome OS, which is basically a web browser as an OS, you have a different OS built to tie both the apps and the OS together- sort of like a hybrid of the two that work in harmony.

Google plans to bring hybrid devices that run both Android and Chrome OS to the market, as two different devices have already been rumored to run Andromeda.

One Huawei Nexus tablet, and one convertible laptop, according to multiple sites around the web. The Google Pixel 3 (this is an unconfirmed name), is said to be the convertible laptop which would be equipped with a thin profile and touchscreen display of 12.3 inches- optimized for Android apps with Andromeda. The Andromeda OS will utilize both types of devices, and possibly more to bring you the best of apps on a device other than a smartphone.

In essence, Andromeda is a rumored operating system that’s a hybrid between Android and Chrome OS. It allows the addition of Android apps on Chrome OS and lets them work together harmoniously.

As you can see, the OS is pretty simple at its core.

It’s basically just an easy way to merge two operating systems into one.

That’s the core principle of the whole thing. It’s not as complicated as it’s made out to be. That’s what rumors do. It’s like playing telephone on the Internet. It doesn’t work. Sir, no sir.

From what I’ve read so far, this “Pixel 3” won’t be your typical Chromebook.

Instead of being light on the specs like most Chromebooks, it’ll have an Intel i3 or i5 CPU, along with 128GB of storage along with 8GB or 16GB of RAM. It’s also reported that it’ll have two USB-C ports and support for stylus pens. As you can already see, the Pixel 3 is primed to do more than the Pixel 1 and 2. Along with Andromeda, the convertible Chromebook is well-specced and on-par with many Windows laptops on the market.

These specs are much higher than your standard Chromebook, which usually only sport a weaker processor, 16GB of storage, and 2GB of RAM. This hints that the Pixel 3 will be able to do more and that Andromeda OS may be heavier on the resources, which means it could be a full-fledged operating system. Or it could just be that the Pixel series is Google’s flagship performance line of laptops, and that actual device running Andromeda may be much more Chromebook-like under the hood in specs- that is, a lightweight OS.

But then again, this is all based on rumors running around the web more so than confirmed facts. So, the new OS, the new tablet, and even the new “Pixel 3” are subject to change as updates roll out about this stuff.

As for the tablet, it’s supposed to be built on mobile-first hardware. This means that the tablet is designed with a mobile experience in mind, and the hardware, design, and body will be built in the same manner.

Update: Google’s flagship Pixel 2 Chromebook was killed off in a misunderstood Tweet by an insider at Google. Soon after, the Tweet was then clarified. The Pixel 2 is coming back.

A hybrid device that’s capable of running apps and a regular OS simultaneously would provide a means of use for markets such as business, industrial, enterprise, and even educational value (such as with Chromebooks). You could use a laptop hybrid in a restaurant setting to order food using their app, but simultaneously look up reviews, coupons, and recommendations.

Then you can order your food, respond to a few emails on a keyboard, laugh at some cat videos, and then pick up your order. All from one device. With ease. Then again, is that even the right use of Andromeda OS?

Either way, we’ll find out more at Google’s event. I may be way off with all this information, but then again, it’s only what the Internet knows.

I’d like to see a new OS by Google, as with any new technology they release I’m always in for the “oohs” and “ahhs.” I don’t exactly know what Andromeda is, nor how it works. I don’t really see the difference of how it’ll be different from the current Chrome OS on Chromebooks which can already run Android apps on a few models.  Other than higher-end hardware and optimized design in both the hardware and software for Android apps and viable OS, I don’t quite understand the difference. Unless it’s not supposed to be the next big thing. We’ll have to see what Google has up their sleeve.

Update: As you may know by now, Google Andromeda was just a rumor and has been debunked.

The OS was a rumor that got out of hand and speculated by the public. It was around the same time that Android apps could be run on Chromebooks. So there was a lot of thought that tied the whole idea of a new operating system by Google and the addition of apps to the Chromebook together. It was a huge mess that just got news coverage like crazy and people coming up with all sorts of weird theories about the whole thing.

I’m glad we got clarification from Google though. It was getting pretty crazy.

Oh well. I didn’t think we needed an OS just dedicated to merging the two anyway. It doesn’t make sense. Read the linked article in the update to see the whole story.