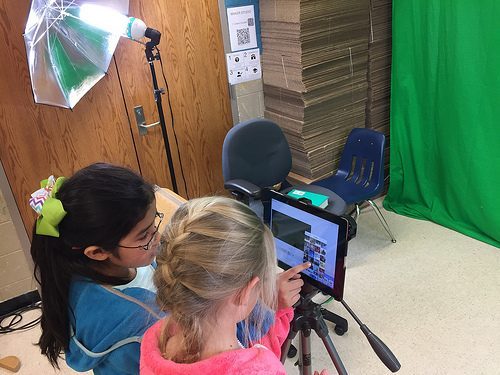 The Union Middle School district in Missouri has joined the 1:1 Chromebook initiative- one Chromebook for every student.

Chromebooks are an ongoing effort to offer students access to a laptop for educational districts all over the nation. Many other school districts have already taken the step already and made the switch to Chromebooks from outdated and expensive Windows PCs.

Chromebooks were given to the students this week as part of a larger initiative called the “One to World” technology initiative.

A Chromebook for every student

Director of HR and learning, Dr. Tarte, stated that the “…kids were definitely excited,” and that “it was cool to see them excited about the device and see the potential of what they can do as a result of having that device.”

Dr. Weinhold, Superintendent, said he’s excited as well for students and teachers to begin teaching and learning in a different age. He states “they can have access 24/7 to all the resources we couldn’t get from a single textbook…” and that he’s “…excited about the next steps and learning they are going to be able to do.”

The district’s One to World initiative includes many components, such as improving technology for each student, professional development, meeting technology staffing requirements, and developing a responsible replacement schedule for the devices- fiscally. All teachers in the entire district received advice and have been receiving professional training for the Chromebooks as well.

Tarte states “I think we’re equally excited about the work that has been done over the last eight to ten months that led to this and that it has come to fruition…we’re excited to have the devices in their hands.”

He also touches on the ideology of the “awesome and amazing things they can as a result of that technology.” as the focus has been moved from obtaining that tech to using it.

He believes “this is a pivotal moment here in Union.”

Part of the One to World initiative is responsible sourcing. There’s a Rollout Plan for the devices. The Chromebooks have been proTvided for all teachers and middle school students. Excising Chromebooks will be given to fifth and sixth graders. The following year will be the purchase of Chromebooks for seventh, tenth, eleventh, and twelfth. Eight and ninth grades will keep their Chromebooks from their previous ownership.

Existing devices at the high school will be transferred to fourth to sixth graders.

One-third of Chromebooks given to teachers will be factory reset and existing devices will be moved to fourth to sixth graders.

This is a rotation of Chromebooks to minimize any replacement. It avoids replacing all Chromebooks simultaneously.

Chromebooks in the classroom- and out

The addition of Chromebooks for every student allows students who didn’t have a laptop to use away from school to now have access to homework assignments and other learning mediums to provide a fair and enhanced learning environment. Students can also take advantage of the offline mode Chromebooks provide if they don’t have Internet access as well. Assignments can be done via email or offline Docs, and then sent or uploaded when they get access to a connection or go back to school. Chromebooks make it possible for more educational opportunities for students in all situations.

With the low cost, simplicity, and speed of Chromebooks, it’s no wonder that they’re taking over the learning and educational market. In fact, there are more Chromebooks in use by students than regular consumers. Chromebooks are dominating this space.

Tarte thanked the teachers and the board for a smooth transition.

Chromebooks are becoming a real player now in the world of learning.