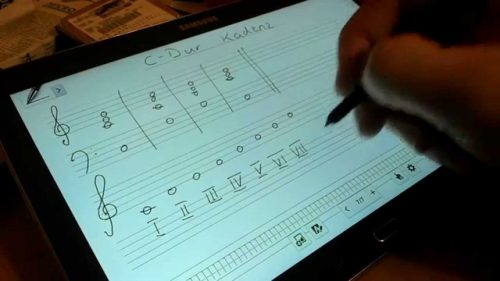 Students attending Woodland Middle School District 50 in Naperville will be given personal, 1:1 Chromebooks. That means one Chromebook for every student, and a personal laptop at that. Students can take the laptop home and use it at school for learning purposes. This allows students a portable device that allows them to educate themselves with assistance at school and continue the same lesson at home- for example, learning how to solve single-variable algebraic equations. Students are taught the techniques and methods in the classroom, and can continue the exact same lesson at home on their Chromebook.

The school district is preparing to roll out this Chromebook program to provide every student with their own laptop, which is over 2,000 middle school students. This means a purchase order of over 2,000 Chromebooks for education. The school board approved the initiative for Chromebooks as educational devices for their students. Chromebook for schools is a growing program that’s spreading all across the US.

Dann Giesey, director of tech, stated that the district will be leasing rather than purchasing the Chromebooks. The total cost is approximately $600K that will be paid in amounts of $200K annually. Giesey states that leasing is much more flexible rather than buying, in the case that the school system decides to change their direction with tech later on.

“The leasing strategy allows us to stay pretty current with our equipment — if Apple comes out tomorrow with something we think is better, we’re not locked in and we can move forward with flexibility,” Giesey states.

This isn’t the first initiative for Chromebooks at the school district. In the previous session, about 500 students and staff were part of a pilot program to test the effectiveness of Chromebooks for education. Giesey states that the pilot included meetings to discuss how the Chromebooks were used outside of the classroom. Reports included that homework was made easier to manage as all the assignments are in one place.

Chris Schrantz, board president, mentioned that the district wants to ensures students have the ability to use this technology outside of the classroom who may other not have access to a laptop- leaving them at a disadvantage compared to other students. Having Chromebook for schools everywhere will equal the playing field.

Middle school students are becoming more and more familiar with Chromebook devices for education, as they’re becoming more and more popular in school systems. Moving from one grade to another will be no problem. Warren Township District 121 is a high school district nearby, and students are already using Chromebooks there, so the transition is painless and learning how to use one will be a skill that’s like riding a bike- it isn’t forgotten quite easily.

“Since 90 percent of our kids feed into Warren, it’s just another reason why we think the Chromebooks are a great fit…so this really benefits all grades because we’re re-allocating our resources…we’re excited because this falls into the strategic objective to get as many computers in our students’ hands.”Giesey states.

Chromebooks for schools is nothing new, but it’s becoming more and more widespread in school systems everywhere. Chromebook sales are mainly in the school system, more so than the consumer side, but they’re quickly becoming the dominating force due to their speed, ease of use, most of all, price. This is an excellent way for Google to enter the budget laptop market, and is a very smart move by Google. Using Chromebook for schools is also cheaper than using Windows, as Chrome OS itself is open source and has no licensing fee, which keeps the price per Chromebook very low for every school.