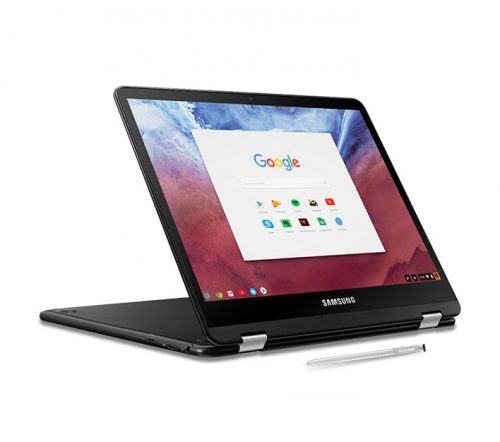 Okay, the Samsung Chromebook Pro is finally due to release.

It was announced way back then at CES 2017 and had many speculated release dates.

I wrote it about here and here stating that I’ll write another post when it finally comes out. That’s like right now.

There was apparently an Amazon listing for the Pro a few days ago that stated it would be released on 5/28/17.

It was then later confirmed by Dieter Bohn from The Verge. So I guess this is the actual date.

Samsung confirms the release date of the Pro

Samsung themselves finally released a press release saying that it’ll come out on the 28th and will be available from select retailers- namely Amazon, Best Buy, and Samsung.

By now, the world already knows. We already knew the speculated price ($549.99) and almost everything about the laptop, especially from the smaller brother- the Samsung Chromebook Plus. I’ve already gone over the main differences between them many times. In summary, the Pro has a stronger CPU. That’s pretty much the main difference. You can see the previous article for more detailed differences.

It’ll be one of the most expensive Chromebooks on the market. It’s also considered to be one of the most technically advanced models. It has all the latest tech such as a convertible screen that rotates 360 degrees, a powerful CPU, durable and rugged design, a pen, touchscreen, and an aluminum body. It looks very expensive (because it is) and stands out from the crowd of white Acers or Silver HPs.

It’s advertised to handle whatever you can need it for. Students, professionals, or casual users can all find something to desire about it because of the versatility of it. It’s built for pretty much anything.

If you visit Samsung’s landing page, it still features the Pro and offers an email sign up for when it finally rolls out. The Plus made headlines on Google’s landing page for Chromebooks, so these two models are definitely important to Google in some way- perhaps flagship models. I wrote about that here.

It’ll also ship with Android N and the Play Store included. This means you can run Play Store apps directly on it when you first get it. No updates needed. It should work directly out-of-the-box. If you’ve been waiting for this, it’s here.

They’re the most anticipated and popular Chromebooks of 2017 in my honest opinion. No other model made as much of a splash in the news as these two did. These are probably the most advanced laptops in the Chromebook world. If you want the newest tech, go for these.

When the Plus was released, it was sold out everywhere. Amazon sold out. Best Buy sold out. You could only buy it from Samsung’s site. This just goes to show the demand for these laptops and that there’s a premium Chromebook niche.

I’m guessing that the Pro will also have a similar effect, so you may want to sign up for the email alert if you’re looking to buy one. It’ll probably sell fast.

There are a lot of people that have been waiting for a while to get their hands on this hot new laptop. There are probably a ton of people that didn’t get the Plus because they wanted the Pro. Now it’s here and ready to go.

(not anymore) or sign up for email alerts on Samsung’s sales page.

I’ll write about it when it finally releases. Stay tuned.