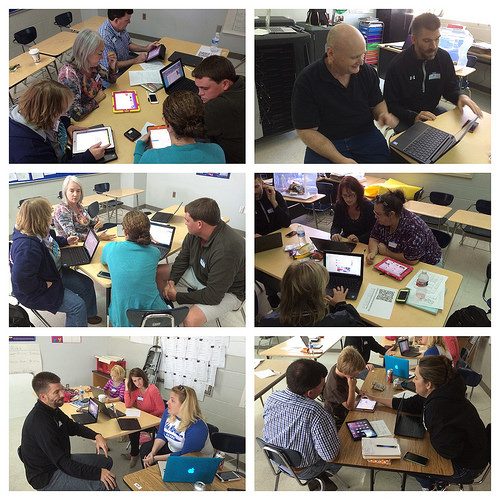 Another school will be making the switch to Chromebooks for education.

Linton-Stockton School Corporation has made the switch to Chromebooks for students, which means no sharing and always having the necessary equipment for success. A 1:1 ratio means every students gets a Chromebook for the classroom and to carry around for after-school homework and assignments. LSSC has taken upon the initiative to make the switch to Chromebooks, following other school districts such Portland and Woodland Middle School District 50. Chromebooks for students is a big thing that’s sweeping the nation. More and more schools are pushing for the new laptops.

Which grades will receive Chromebooks?

After a school board meeting, it was determined that grades 3, 4, 6, 7, and 9-12 will receive Chromebooks- one for every student. This is about half the school.

Principal Nathan Moore said he was appreciative that students will be able to receive the Chromebooks before school actually starts in order to get used to the machine and learn how it functions. Given that Chromebooks are super easy to use already, this shouldn’t be an issue.

Jeff Sparks, the Principal, also stated his appreciation for Chromebooks for students.

This is excellent news for Chromebooks and Google itself. With Chromebooks quickly replacing Windows in schools all over the nation, it gives them the market share. Chromebooks already dominate the educational district, and it seems as if the ripples are only going outward towards other schools who are considering upgrading their equipment but don’t want to spend a lot of the school budget on computers. Chromebooks make an excellent choice for schools due to their low cost, ease of use, and super performance.