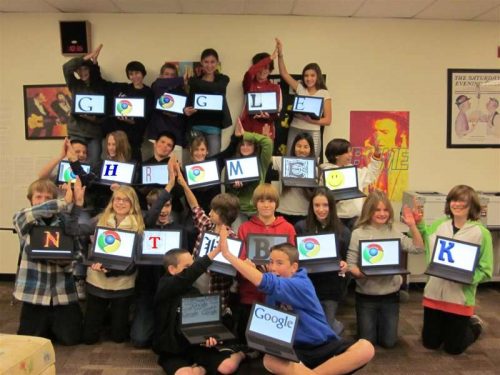 Another school has approved and taken initiative for the Chromebooks for students program.

The school district is located in Portage, MI. It’s another school district that has decided to ditch the outdated, sluggish, and expensive operating systems and make the switch to Chromebooks. Chromebooks are taking the educational system by storm.

Chromebooks for students- a 1:1 ratio

The Board of Education approved the OK to buy 525 Chromebooks that’ll be used by students and staff. The Chromebooks should be plenty enough for a 1:1 ratio for all students, which means no student will be without a Chromebook. This means no sharing or borrowing or rotation of Chromebooks amongst students.

Costs of Chromebooks for schools

The total cost of Chromebooks was right around $205K. The Board of Education also approved an additional 32 computers for an additional $26K that’ll replace computers in one computer lab used for Education for Employment classes. The school district will received reimbursement by the Education for Employment program. The school board also will decide on the additional purchase of desktop computers to replace outdated devices and hardware in many classrooms and offices, as well as additional monitors for these desktops. Lastly, phone upgrades will also be updated throughout the Portage school district with newer hardware, such as call routers.

Most of these technology upgrade purchases for the school district will come out of bond construction funds, which was voter-approved previously.

Why Chromebooks for students and schools?

The staff will receive Dell Chromebooks that cost higher than what the school district usually pays, but they’ll have some perks- such as bigger screens, larger keyboards, and a boost in memory size. These Dell Chromebooks for teachers are being purchased through the statewide bid list. The Portage MI school district will receive a substantial discount on each Chromebook. Dan Vomastek, information and tech systems director, says that it’s important that each teacher receives proper training on how to use a Chromebook before each student receives one.

Chromebooks for education, schools, students, staff, and all

Chromebooks make an excellent choice for schools and education systems because of their low cost, ease of use, and super usability. Chromebooks update automatically and are virus-free, so maintenance and update costs will be minimal compared to rival giant Windows. Windows computers in the school arena are being replaced by Chromebooks- being that Chromebooks offer all the basics for education and students and nothing more to bloat. It’s really no surprise. Chromebooks for students is a widespread program taking schools by storm. And for good reason, as well.