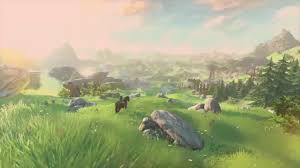 Why can’t the hero of the new Legend of Zelda be a girl?

At E3, Nintendo delivered beyond expectations for fans and journalists with their new Zelda game- The Legend of Zelda: Breath of the Wild. However, the producer of the Zelda series (which really needs no introduction), was interviewed and provided some questionable and “linear” answers regarding the possibility of a female Link or Zelda protagonist. Eiji Aonuma made some comments that show the actual intentions behind the game, rather than leaving it up to the fan’s imaginations and theories. And fans weren’t too pleased with the responses.

The interview about female Link with Nintendo

Aonuma simply said that Nintendo…”can’t think of a way to do it.”

This is Nintendo. They’re one of the world’s most driving and creative forces in the video game universe. It’s Nintendo. Let me say that again. Nintendo can’t think something up to have a female Link.

Nintendo’s creative process for a female Link, or lack thereof

You can’t think of what “Link is going to do” if Zelda is the main character?

How about role reversal? What about if Link were to be captured or needed saving? And it was simply Zelda’s turn?

I’m sure they can whip something up. How hard could it be? It doesn’t even need to be canon. It can be a spinoff if they’re just experimenting with the idea and testing reception from fans worldwide. In fact, even just launching a trailer that hints it is a good way play around with the idea. If it fails, they can simply just play it off as a teaser trailer, or even just scrap the idea. Nintendo can see how fans react to the trailer and idea of having Zelda star in a Zelda game. If it works, then go ahead and do it Nintendo. Release a trailer. Test it.

Oh wait, they did that.

Oh wait, fans did get excited.

What now Nintendo? No Zelda protagonist? No female Link? No main female character?