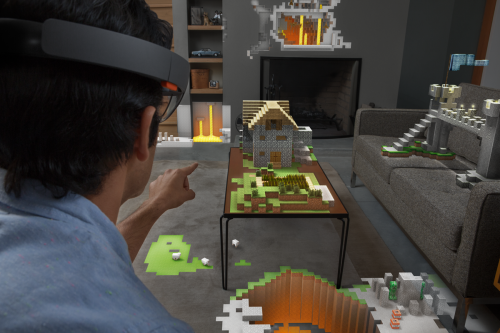 If you haven’t been keeping up to date with Microsoft’s HoloLens, you may be in for a surprise as lots of new developments to improve the VR headset have been in the works- including the HoloLens price.

For starters, if you don’t know what the HoloLens is, it’s one of the most radical products in the VR world- it’s an augmented reality headset that basically combines your real world with the digital world. It’s similar to those apps you may have seen where you can use your smartphone’s camera to make virtual objects appear in the real world on your phone’s screen.

How much is the HoloLens?

Moving on, let’s get to the details- a few things I’ve learned. The HoloLens isn’t a consumer product as of now, and possibly may never be. The HoloLens is currently only available to developers. The HoloLens Development Edition is available for a whopping $3,000. At first, I thought the HoloLens would be on the same ranks with Facebook’s Oculus Rift, where it would eventually be a consumer product and mass distributed. Apparently, the HoloLens isn’t so. It’s marketed for developers only and seems to remain this way, as most consumers aren’t willing to shell out 3K for a headset when they can get the Oculus for less than half the price.

What can the HoloLens do?

Next, the HoloLens promises to overlay digital objects within the environment around you. What this means is that you can make digital (video games) products a product of reality. For example, you can play Minecraft on your computer desk, or you can KO a baddy through your bedroom’s walls, or maybe even project a Vault-Tec door on your own door. You can move, adjust, and float your project in all directions. If you’re building a car engine virtually, you can see the actual engine in midair and rotate it in any direction.

Alex Kipman, Microsoft’s executive force behind HoloLens states: “The future of technology will not be confined to just two dimensions.”

HoloLens vs Oculus Rift vs HTC Vive vs Samsung VR

With the Oculus, HTC, and Samsung VR headsets available, will the HoloLens be a direct competitor? Not really. At least I don’t’ think so. The HoloLens is more of a premium “experience” rather than a product you can use along with your games. The Oculus Rift and HTC Vive are both less than ⅓ of the price of the HoloLens. However, you’ll need to purchase a separate PC to get them to work properly, so the price does jump up, but still doesn’t surpass the HoloLens. The HoloLens is more of a complete product. It doesn’t require any additional computers to get it working. It’s more of an all-in-one product, complete with hardware and software.

As I stated earlier, the HoloLens is currently made for developers, as Microsoft needs a library of games and apps that would get the traction needed for the headset. Consumers won’t really be willing to buy a product that has nothing to play or do, and pay a sweet $3000 for it. Yikes. Unless Microsoft pulls some amazing advertising campaign, I can’t see it getting into the hands of consumers right now until there’s a decent library of games and apps behind it. As of now, all we’ve seen are demos and showcases, but no complete product yet.

You have Facebook, HTC, and Samsung all competing for a VR set that’s consumer-friendly. Then you have Microsoft on the sidelines trying to get developers to make it the next best thing. I don’t think Microsoft really has a place in the consumer market as of now, at least not until they can bring down the price or have a market of apps and games that make it worth it.