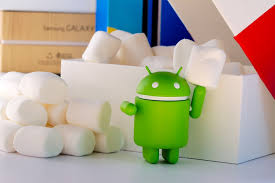 Big news on the Chromebook front- we’re getting Android Nougat 7.1.1.

Chromebooks will be getting a big update when Android 7.1 Nougat rolls out. Chrome OS will be getting some features that 7.1 will have since it’s being developed and tested for both Chrome OS and Android itself. Nougat features have been confirmed, and Chromies everywhere are super excited.

So, what’s been revealed so far?

Some screenshots from a reader at ChromeUnboxed shows some fascinating proof. We have one screenshot showing the resizing of windows for Android apps, which will be a convenience for Chrome OS users. Apparently, we’ll be able to drag and resize windows that are running Android apps so we can make them more user-friendly.

We can deduce a few things. The shots were taken on a Lenovo ThinkPad on the Canary channel. If you’re not familiar with the channels, the Canary channel is basically a beta phase channel for testing and development purposes. After testing is complete, the update moves to the Stable channel, which is when casual users will receive the update downloaded to their Chrome OS device.

What else does this mean? It shows that Chrome OS will be well-integrated with Android 7.1.1 Nougat. This means instead of solely developing Nougat for smartphones, it’ll be made with Chrome OS users in mind. Currently, Chrome OS apps are running on the Android 6.0 Marshmallow framework.

Well, it’s been reported that this update hasn’t been seen on all Chromebooks models. You can check your Canary channel to see if you can grab the update, but if not, you’ll have to wait. You can check if your Chromebook is eligible for the Nougat update by using this guide. Make sure you’re running the latest version of Chrome. Also, you’ll have to enable developer mode, which will delete all your user data on your laptop…so it really depends on how much of a Chromie you are.

Current Chromebooks that are cable of running Android apps are using Marshmallow for Play store integration. Newer Chromebooks have been announced that they’ll have Google Play built-in as soon as it’s taken out of the box. Specially, the new pair of Samsung Chromebook Pro and Plus are both speculated to be ready to go as soon as you flip the lid.

Other models can access the apps via a Google Play update in the Stable channel, including the Acer R13, Lenovo ThinkPad 13, Google Pixel 2, and Samsung Chromebook 3, and Asus Chromebook Flip to name a few popular ones.

You can check the expected update period for your device here.

If you have a previous or current model, you’ll likely receive the update for Play store integration.

If you grab a newer model, you’ll likely have the Play store already built-in.

Here’s a video showing off the apps on a Chromebook that’s well-integrated for apps (The Flip).

This doesn’t really make a big difference, other than having the luxury of not having to update a few times. However, newer Chromebook models have shifted towards newer hardware that complements Android apps more seamlessly. Manufacturers have pushed for convertibles, touchscreen input, and more powerful CPUs and more RAM. The new Samsung Pro and Plus will even feature a stylus. The change shows that Chromebooks will be a single channel that can access multiple platforms. This is the direction we’re headed.

Although the software is the same no matter which model you have, the hardware is quite different. If apps are a big thing for you, you may want to consider upgrading your Chromebook to take full advantage of it. I know I will. I currently run an Acer CB3-131 and I’m missing out on all the fun. If you’re like me, sit tight. The updates are coming. Keep calm and help a Chromie.

Chromebooks are making a big splash. This is the perfect opportunity to grab one if you’re on the fence.