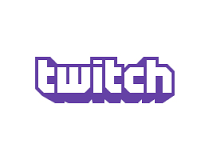 The Camera app on your Chromebook is about to get an upgrade.

If you’ve used your Chromebook’s webcam, you’ll notice that it comes with some handy features. Namely, you can use a variety of filters similar to an iPhone in real time as you broadcast yourself. Personally, I don’t’ use the webcam…at all. I have no use for it, as I don’t really feel comfortable doing video chat sessions on Skype or Google Hangouts.

If you also rarely use the webcam, you may not have noticed the cool filters it has. If you want to access the webcam on your Chromebook, just do the following:

The Camera app applies different lighting to make your image clear and sharp automatically. The filters also show a preview without any loading or waiting. It’s all instant.

So, this has been the case for the app since I’ve had a Chromebook. It’s basic. It works. It’s good enough.

However, it’s about to get an upgrade. (But most users probably won’t be able to take advantage of it.)

Google’s representative, François Beaufort, states on his Google+ profile that Chrome OS will now be capable of having multiple cameras.

Got a lot of cameras? A multiple camera selector for Chrome OS rolls out.

What does this mean exactly? It’s where you can plug in additional webcams that you may have lying around via USB, and your Chromebook will give you the option to select between your basic webcam or your external cameras. If you need multiple cameras on a Chromebook, this update will be your joy.

Yes, that’s “camera” with an “s.” You can have multiple cameras connected and choose whichever you want.

This isn’t anything spectacular, but I can see it being useful for a few different scenarios.

If you have multiple cameras that you’d like to input, you can now choose between which camera is in “focus” (get it?). This means you don’t have to unplug or mess around with different setups if you’re a streamer or other profession that requires a bunch of camera inputs.

Think of your smartphone. You can switch between forward and rear cameras with a selector. This will be on your Chromebook.

Who needs more than a webcam?

If you’re a gamer who makes YouTube videos of let’s plays, reviews, walkthroughs, etc., this feature could come in handy. You could record yourself with your Chromebook’s camera or any other fancy one plugged into it while you’re playing the game.

But then again, who actually uses a Chromebook for let’s plays?

Well, now you can. Using two computers can prove handy if you’re trying to create some video or tutorial.

This could take the load off of your gameplay recording computer and let the Chromebook handle it as a secondary device. Besides your face, you can record yourself, your keyboard, or even your mouse. (Yes, people actually record that stuff in competitive play).

And then you have the streaming side. If you stream on Twitch or YouTube Gaming, your Chromebook can function as a streaming device for live video. Simply plug it in start recording.

It’ll be by your side as a secondary computer as well if you need to look something, check on your stream’s stats, or even function as a stream preview device so you can see if everything’s working right.

Also, you can consider the use of this on tablets as well. With Chrome OS coming to tablets, the use of a camera selector makes sense.

Tablets with both front and rear cameras need a selector to allow the user to select between them. Android and iOS both have this function built in as it’s a necessity, so Chrome OS will have to make the same feature available when it hits tablets. Two cameras mean a selector is necessary for the basic hardware, rather than plugging in a USB camera.This actually could be the likely reason for the update.

This actually could be the likely reason for the update.

If Chromebooks ever have multiple cameras, this will fit in nicely.

It’s a nice upgrade for the direction Chromebooks are heading.

1 thought on “Your Chromebook’s “Camera” App Just Got an Upgrade. But, You Probably Won’t Use It.”