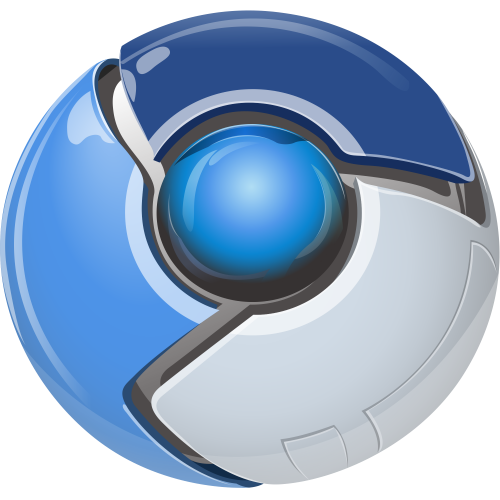 Chrome 57 is rolling out soon and it has a few changes that will affect you.

But you knew that already. Didn’t you? It’s Chrome.

It’ll be coming out to Mac, Linux, and Windows-based operating systems (and of course, Chromebooks).

The Chrome 57 update is mainly a suite of security fixes. There are also few new features that you’ll instantly notice as soon as you double-click that global icon.

Let’s go over what’s new. This article is somewhat techy so I’ll try to break it down as best as I can. It’s also kind of boring to the typical user, so be forewarned.

First, for desktop environments, Chrome 57 will add a new layout system made mainly for developers to design and code for a variety of screen sizes that run it.

It’s a grid layout that makes it simpler and easier to develop their apps for the many different devices that run a copy of it, such as smartphones, desktops, laptops, tablets, and even TVs.

For most users, this won’t be anything that we can take advantage of.

But then again, if you’re reading this, you’re probably a hardcore fan so it’s just music to your eyes.

This mainly applies to Android and Chrome OS. The CSS Grid Layout system is a system that’s made to improve user experience and user interface (UI/UX). The different elements within the grid can all be named to specify what they are and can also be expanded to multiple columns or rows.

If you’ve ever built a website before, you’d know exactly what I’m talking about. Many modern websites now run on a grid-based system, and working with one is a very pleasing experience.

I’m no coder, but I know that working with a grid is the only way I’d be able to whip anything together with my basic knowledge.

This is awesome for developers of Android or Chrome OS because it makes maintaining, coding, and supporting multiple screen sizes much easier. You won’t have elements floating off the edge of the screen, or one element giant and the other small and such.

If you have no idea what I’m talking about, don’t worry about it. You know when you visit some sites and they have text or images that go beyond the screen? Or when something on the screen, like a picture, covers up something else? Or maybe when you scroll down and media fails to load? Yeah, this stuff can be caused by screen issues due to so many screen sizes now.

Thankfully, this update will make it that much easier to build something that works on any screen. It’s called responsive design if you’re interested in learning more about it and how it works.

Okay, moving on with the update…

Second, we have a fix for about 36 security issues. Sure, it’s already very secure. But it can always be improved.

There have been multiple security issues with Chrome already, but they usually get patched right away. It’s a constant thing. No Internet browser or operating system is fully secure.

A special badge for secure pages

Third, we have a new feature that you’ll probably notice. You’ll be getting a new badge in your URL bar (omnibar) that’ll notify you when you’re on a secure Chrome site.

This also applies to all pages within the browser, such as “chrome://settings” and “chrome://about.”

This update is mainly for internal pages specifically. It doesn’t apply to third-party apps that modify the browser or OS. For instance, Clever Badge, which is a QR badge used for students to log in to Chromebooks. Although it does affect how the OS operates, it won’t get any special badge.

Update: You can see it for yourself. Just go to any internal page on your browser and look at the icon to the left of the URL bar. You’ll see that it turns to the official logo.

And fourth, Chrome 57 adds support for Android kiosk apps. These are apps that you can get from Google Play which can now be used on Chrome devices.

You probably have never heard of these, unless you own a retail kiosk. Admins can now push these apps to locked devices that are commonly found in retail environments.

For the typical user like you and I, these are those demo displays you see in malls that are powered by Android. Owners of those can now manage them easier.

Okay, now let’s go over some changes that you’ll probably like and appreciate.

If you own an Android device, you’ll see the biggest changes from the 57 update.

You’ll get notifications with more controls, specifically stuff that fetches metadata. The new Media Session API provides sites with these small bits of data called metadata that is stored in your browser.

This update will allow your device to look for information like album names, artists, title, and more to display on your phone.

You’ll also get newer, more detailed notification features for your lock screen, like background artwork for music albums. It’s a lot more modern and matches the design of Apple in a way.

Google is big on material design, so all these new UI changes match up on their initiative to change how the web looks.

Progressive Web Apps will also be added to your home screen and will appear in your settings and app drawers as well. They’ll be able to access Android’s notification controls rather than Chrome’s. This basically will improve the notification experience on your Android device.

Are you ready? It’s already here.

So, this is a lot to digest for the casual user.

Just know that you’ll likely see some improvements to your user experience, some better notifications on your Android device, and a bunch of reassurance with all the security patches.

If you own a Chromebook, you’ll likely see these changes roll out soon as well.

Chrome 57 is already rolling out to the browser on your Android device and soon will be coming to Chrome OS for Windows, Linux, and Mac. And Chromebooks.