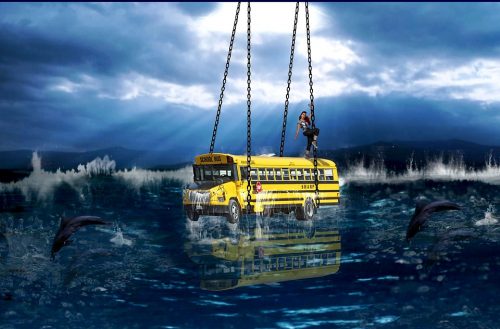 So, you want to install Photoshop on your Chromebook.

Let me get this out of the way first- you can’t.

At least, not directly.

There’s a working method that allows you to kind of “hack” a working version of Photoshop onto a Chromebook.

There is no real Photoshop for Chromebook (for now)

Photoshop has been typically released as a standalone product that requires a download on Windows, Linux, and Mac computers.

That’s just the nature of how Chrome OS works.

But it’s very good for security. If you can’t install anything on a laptop, then you can’t get any malware (viruses, trojans, etc.). It’s a double-edged sword.

You give up functionality for safety and security.

The only way to “download” and install any program is through an app from the Chrome Web Store and Google Play Store (for models that have the update).

Popular programs that you may be familiar with like Skype and Microsoft Word all have their own app version built so Chromebook users can install them.

Some programs even have a web-based version that runs directly in your browser and requires no app install. Simply visiting the web page will allow you to use the program.

This opens up cross-platform compatibility so that users of any operating system can access the program.

The actual standalone program requires much more powerful components that the majority of Chromebooks don’t have. So even if Chrome OS could run the software, the hardware would still be a major limitation.

That’s why we’ll need to use an alternative to CS6, which is what we’ll cover next.

Update: As of 2022, Adobe hasn’t released any plans for a working version of PS for Chrome OS. We’ll have to stick to the “light” version of PS. I doubt they ever will. I mean, Chromebooks just don’t have the processing power to handle Photoshop. But a cloud-based version where their servers do all the heavy lifting? Probably.

You’ll need to use an app

So, why is this important for getting Photoshop working on a Chromebook?

Because the only way to install it is to get it through an app or use a web-based version. There’s no other way to get it on a Chromebook. It’s no exception.

In case you didn’t know, Adobe has released a bunch of apps on the Google Play Store (Android app store).

Photoshop Express is one of them. It’s only available if your laptop has access to it.

As of 2019, there have been many awesome new image editors that work directly in the Chrome Browser that may suffice for the casual or moderately-advanced user.

Some notable mentions that just may do what you’re looking to accomplish:

It’s built for smartphones, but you can use it on your laptop to manipulate images taken on your phone, imported from a flash drive or external media storage, downloaded from the Internet, or even from your webcam.

Note that PS Express is not the same as the standalone program. It’s built as a mobile app for creating collages, touching-up images, and other mobile-focused image manipulation. It’s more for casual use, not for professionals (like graphic designers or photographers).

You can see the app description for more details.

If this isn’t sufficient for you, you can read this article that offers some alternative to Photoshop that are compatible with Chrome OS.

Get it from the Play Store

As of now, there aren’t any real official Adobe Photoshop apps on the Chrome Web Store that are actually made by Adobe. You can only find some made by third-parties (but they’re not half-bad).

So that brings us to using the Play Store as our only option for now.

The only problem is that not all Chromebooks have the ability to run Android apps. Running Android apps on a Chromebook is a new feature that’s still undergoing a lot of testing. Not even some of the most powerful Chromebooks can run these apps perfectly.
But for the purposes of this tutorial, you’ll need to have a laptop that can run Android apps.

If you already know yours can, then you can skip ahead to the tutorial.

If you’re not sure whether or not your laptop can run Android apps, here’s how to find out:

So that puts you in one of three categories now:

Install Photoshop on your Chromebook

Okay, so now let’s get to the actual tutorial.

The following steps assume you already have access to the Google Play Store on your laptop. If you don’t, this won’t work. Read the previous section above to learn how to get access to it.

Note: If you downloaded the Play Store update by forcing it, your laptop may delete the update and revert to factory settings every time you restart it.

This will require you to do the following steps every time you want to use Photoshop until your Chromebook receives the official update rolled out by Google, rather than manually by you.

This is an inconvenience, but it’s a consequence we just have to deal with in the meantime. Sit tight for the update.

You’ll need to be on a newer, updated version of Chrome for this to work.

Open up the Chrome Browser and type the following in the address bar (without the quotes):

This will bring up a page with a lot of information. Don’t worry about it. Just look at the top line of data and it’ll tell you what version of Chrome OS you’re running.

You need to be running at least Chrome 53 or higher. If you’re running an older version of Chrome, you’ll need to update. It’s good practice to update frequently (patches and security fixes), so go ahead and update if you need to.

If you’re on a newer version, you’re good to go.

If you’re on an older version, you’ll need to update.

If you don’t know how to update Chrome, here’s how:

Access the Play Store’s app library by launching it.

Just click on the Play Store icon from your shelf (taskbar) at the bottom of the screen to launch it. If for some reason you don’t see the icon on your shelf, you can use the Launcher as well.

Use the Launcher by clicking on the circular icon in the bottom-left corner and then typing in “play store” in the search bar. You can also press the Launcher key on your keyboard (magnifying glass key) to launch the Launcher.

It should be fairly straightforward. I’m just overcomplicating it now.

In the Play Store app, just search for “photoshop” in the search box.

You’ll see the app in the results. Click on it to read details and reviews.

Click on the big “Install” button to add Photoshop to your Chromebook. It’ll install automatically and be ready to launch after a brief pause.

After it’s installed, just click the “Open” button and the app will launch.

That’s it. You’re done. You’re now free to go ahead and edit your images.

Other Adobe apps on the Play Store

Besides Photoshop Express, you can install a bunch of other apps as well:

All of these are available on the Play Store. Just search for them and you can install them on your Chromebook. They’re all from the same developer, but what they do exactly is beyond my knowledge. Photo editors will know that each tool has a specific purchase in the grand scheme of things.

Alternatives to Photoshop for Chrome OS

If it doesn’t work or you’re not happy with it, there are dozens of alternative apps that you can use to substitute in place of Photoshop.

These apps don’t require your laptop to have the Play Store update. You can install them directly from the Chrome Web Store, so there’s literally no hacking involved.

And they all work with any Chromebook- whether new or old.

If you own a Chromebook, you can install them and edit your photos. They’re built to work with any Chrome OS device, so there should be no problem.

Did you get it working?

As the Play Store integration with Chromebook improves over time, I expect to see better compatibility with not just Adobe products, but software from all major companies as well.

Sure, there are bugs, glitches, resolution errors, crashes, blank screens, and the whole shebang.

That’s because they’re taking apps built for phones and rendering them on a laptop- with different hardware and different software requirements.

You can probably expect to see better integration between a variety of Adobe products and Chromebooks.

These laptops are getting pretty powerful in terms of hardware, so hardware limitations shouldn’t be a big issue. Chrome OS itself is a big thing, so software giants jumping into the fray isn’t anything new. If a Chrome OS version of Photoshop were to be released, I wouldn’t be surprised.

Feel free to sign up for email updates to keep in the loop about everything Chromebook. Please let me know if you’ve found any newer alternatives to PS that works well on Chrome OS!

If you have any questions, just leave a comment and I’ll get back to you ASAP.

If you found this guide helpful, please leave a comment and let me know as well =]. And consider also telling a fellow photographer or graphic designer.