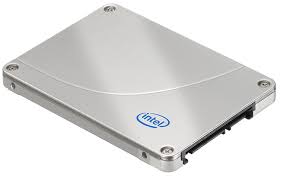 Do Chromebooks have hard drives?

This is a common question for people that have just heard about, or are considering purchasing a Chromebook.

The detailed answer? It has a drive, but it’s not the type of hard drive you’d expect from a computer.

So…what kind of drive do they have then?

To understand why this is, we need to look back at the beginning when Chromebooks first came out. It’s a cheap and affordable laptop designed by Google and made by a variety of manufacturers- including HP, Dell, Lenovo, Acer, Asus, and even Haier.

These laptops are known for their speed and fast boot times (which is due to the storage drive itself, more later). The typical Chromebook boots in just seconds and tackles many tasks very efficiently and quickly. This is because they all run Chrome OS, which is Google’s open source operating system.

Chrome OS is lightweight and super fast, which contributes to the overall performance of these laptops. Compared to Windows, Chrome OS is many times faster performing the same basic tasks.

Here’s a list of features that you can expect from one:

This is just icing on the cake. We’re here to talk about hard drives and I’m kind of getting off-topic. Feel free to read more about the benefits of Chromebooks. Or you can see my thoughts on them after switching from Windows. I had to do this little intro because it ties into the main topic.

Anyway, onto the topic of discussion.

I’m sure you’re anxious by now to discover what they actually have.

Chromebooks don’t have hard drives- they have “SSDs”

All Chromebooks come with internal flash storage, which can also be called SSD storage. This is a relatively new type of storage that’s becoming more and more common in laptops.

But…is it a traditional hard drive (HDD)? No, not really.

It’s a storage drive that doesn’t have any moving parts, so you can’t call it a hard drive, which works with a spinning platter.

SSDs are called that because they’re Solid State Drives, which means it’s literally just a piece of hardware that stores your data and doesn’t move. Because of this technology, it can read and write data much, much faster compared to traditional storage. SSDs also are much smaller than their counterparts.

This is the type of drive that you’ll find. Not the traditional, slower ones.

Is this is a good thing? Or is it a bad thing? It’s both really.

The good thing about using SSDs on Chromebooks is that it keeps the laptop performing super fast, which is a contributing reason to why they’re so fast to boot and launch apps and perform tasks. They’re also smaller in form factor, which allows for smaller and thinner profile designs that save space.

But most people recognize these drives for their speed. This is what I was mentioning earlier in the small introduction to these laptops.

The bad thing about SSDs is that they’re small in storage capacity. Most Chromebooks generally have only 16GB of storage capacity, which is very small compared to a typical Windows laptop running a traditional storage. If you plan to store all your stuff on your laptop, such as images, videos, and Internet downloads, you’ll run out of space quickly.

However, you can easily fix this issue by using Google Drive, which is a cloud service that saves pretty much anything you upload to it and you can access your stuff on any device that can access Drive- your smartphone, Chromebook, desktop, or even Windows devices. Google designed it to be a cloud-based device, so they expect you to use Drive.

If you buy a new one, it even comes with a free 100GB of Drive storage, so they’re really pushing their cloud storage.

If you’re not comfortable with saving your stuff in the cloud, you can just purchase any external hard drive and plug it into your laptop via USB and save your data that way. Or you can use thumb drives, and even MicroSD cards as well. SSDs are getting cheaper anyway.

Here’s a video demonstrating the speeds of an SSD vs HDD. It’s not Chrome OS, but you get the idea of the blazing speed I’m talking about:

You don’t get a lot of storage space, but it’s for good reason

Some Chromebook models have 32GB or even higher amounts of SSD storage, so you have the option to upgrade to more local storage if you’d like. Choosing SSD storage keeps the laptop fast and also keeps manufacturing costs low, as a small SSD is a lot cheaper than a big traditional hard drive.

Both of these tie into what makes them fast and cheap at the same time. It benefits the consumer because it keeps things affordable.

I mean, that’s one of the big selling points for these little laptops, isn’t it?

So, does that answer your question? These laptops have local storage, but it’s not a hard drive. It’s a solid state drive.

Does it save your stuff? Yes.

Is it faster than a typical hard drive? Yes.

Does saving stuff work exactly the same as a regular hard drive (from the user’s perspective)?

Go for the SSD

So, you have nothing to fear.

You’ll be able to save your files and data on your device- just not a lot of it. But you can fix that issue easily.

SSDs offer plenty of benefits over hard drives. The only drawback is cost. SSDs with a lot of capacity are many times more expensive, so that’s why the new wave of laptops running SSDs typically have very small volumes.

Desktops, on the other hand, generally have much larger SSDs. Flash storage is already used in smartphones, which is a reason why they’re generally much faster than desktops or laptops. It only makes sense that manufacturers started using this technology in computers.

If you need more space to save your stuff, you have workarounds that are easily affordable, such as using external storage or Google Drive.

Anyway, it’s pretty much the new standard nowadays. Getting a computer or laptop with an SSD is what you’re likely to find when buying a new one. And you should definitely do so, because it saves time from booting, restarting, and even just launching programs. It’s worth the premium.

Is this good or bad? There are pros and cons. But does it improve user experience? Most definitely. I think this is the right move for computers (and Chromebooks) to be making.

Want to learn more about Chromebooks? Check out this introduction to them.

6 thoughts on “Do Chromebooks Have Hard Drives? Take a Wild Guess…”