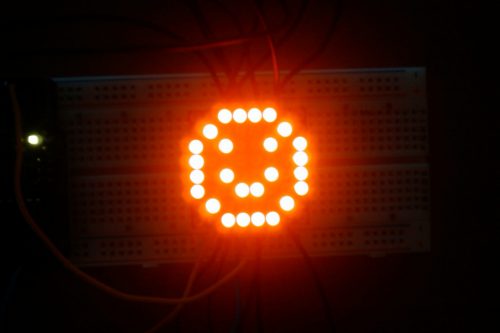 Is your Chromebook not charging? Are you frustrated?

You don’t want to send it in for repairs.

Who wants to pay for service and deal with shipping costs and the inconvenience of not having a laptop for a bit?

Who even knows if it’s still covered under warranty?

You leave it alone for a few hours.

You pop open the lid ready to get something done.

You notice that the battery indicator is red with about 1% of battery left. You may even get the low battery notification warning.

There’s an easy fix for that. Keep reading for your solution. Save yourself the trouble.

Why does this happen?

It’s likely because your Chromebook “forgot” about the connection between the chipboard and battery.

Why it exactly happens? I have no idea. I just know that some brands and models get this issue more so than others.

Regardless, the fix is the same. There’s one universal blanket fix that should take care of the problem and get your Chromebook charging again.

It should work for the majority of Chromebooks.

If your Chromebook won’t charge…

Here’s what you need to do.

Be sure to take proper precautions when working with electricity.

In other words…exercise common sense.

Step 1: Turn off your Chromebook.

Unplug it from the power outlet if you have it plugged in.

Make sure you take the actual power cord out of the laptop body itself.

So now all you should have is the Chromebook without any wires, USB drives, SD cards, headphones, power cables, or anything else attached to it.

And it should be shut off.

Step 2: Place the laptop on your workstation. Flip it upside down.

You should also put on your anti-static gloves and ground you anti-static mat at this point. Electrical components are extremely sensitive to static discharge, which can ruin the internals.

Step 3: Get your screwdriver.

Remove all the small screws and keep them somewhere safe so they don’t get lost.

Step 4: The Chromebook’s bottom panel should now be unlocked.

Use your fingers (no tools) and pop the panel out of the laptop. It’s secured by small clips all around the body, but a little force (from your fingers) will pop it open.

Step 5: Remove the bottom panel very slowly and gently with your fingers.

There’s wiring that connects the motherboard and power supply that can be easily damaged if you remove the panel too quickly.

Be extremely careful when you’re taking it apart. Place it somewhere safe.

A lot of people will get scared at this step. Don’t worry. I’ll keep this simple.

Look for a bunch of wires that are multicolored. It almost looks like a rainbow of wires grouped together.

On this image, they’re the multicolored wires to the very right (circled in red):

You can refer to this picture to help you locate it. Look at number 7 on the image. It’s directly to the left of it. Keep in mind that your layout may look different, but should be somewhat similar. It’s the only bunch of wires connected to the battery.

Step 7: After you’ve found these wires, you’ll have to unplug them.

It’s very easy to damage it, so be very gentle.

Slowly pull the white connector out of the chipboard (motherboard). The connector is where all the wires combine into that white brick that houses them. This is what you need to unplug.

This will disconnect all of the wires at the same time (and the only way you should be doing it). Don’t pull each individual wire out of the connector. Pull the entire connector out of the motherboard. Never pull on any wire. Only pull on the connector. Nothing else.

See the image below for the connector (circled in red):

Step 8: This is where you may get confused since it goes against popular belief.

Don’t be afraid. I mean, you already made it this far, didn’t you? You can do it. Take a break and get back to it.

Plug the power cable (the one that connects to the Chromebook and the wall outlet) back into the laptop. Then plug the other end into the wall.

Yes, you’ll be charging your Chromebook with the bottom panel off and the wires unplugged. Be careful when working with any electricity.

Don’t touch any wires, chips, your Chromebook, or anything else while it’s charging.

Let it charge for about 1 minute.

Look at the LED light. It should change color to solid red or orange (amber). Different brands and models show different colors, so there’s no universal color guide.

But most Chromebooks should have the same color signal.

The color signifies that the Chromebook can’t detect any battery. What we’re doing here is “refreshing” the internal memory to re-detect the battery again.

Step 9: After you’ve seen the LED color change, unplug the power from the wall outlet and remove the cable from the laptop.

Step 10: Now, you’re going to connect the wiring you unplugged before.

Gently grab the white connector and plug it back into the motherboard.

It should sit into place snuggly. Make sure it’s plugged all the way in by giving it a firm, but gentle, push.

Step 11: Take your bottom panel cover and place it back on.

It should clip back into place as you use some force with your fingers to get it to snap around all the edges.

Step 12: Use your screwdriver and drive the screws back into place.

Step 13: Take your power cable and plug it back into your Chromebook.

Plug the other end into the wall outlet.

It should now be charging and showing the correct LED light status.

Let it charge completely before you unplug it. You can use it when it’s charging. It should now be ready to go.

Sometimes even after reconnecting the cable to the battery doesn’t fix the charging. You may have a depleted battery that needs to be replaced.

All laptop batteries are made to last for a few years, and over time electrical resistance will make it hold less charge or take longer to charge.

This is when you’ll notice that your Chromebook takes forever to charge or the battery barely lasts.

If your laptop is new, I’d suggest getting in touch with the retailer where you bought it from and exchanging it. You can also use the manufacturer’s warranty, which typically runs for a few years after you bought it.

The battery could be a dud, or it could’ve been poorly assembled with a loose cable.

A note on the LED power indicators and what they mean

Your Chromebook is equipped with those solid or blinking lights to tell you what’s going on with the power status.

This varies depending on the model.

You can use these light indicators to help identify the current power state of the laptop. If you plug it into an outlet and no lights come on, there could be a problem with the battery, battery cable, or device itself.

You can try these alternatives to diagnose and resolve the problem:

Get up and get going

Your Chromebook should now charge. You did it.

If you’ve found this helpful, please consider leaving a comment or telling a friend. If you have any questions, leave a comment and I’ll get back to you ASAP.