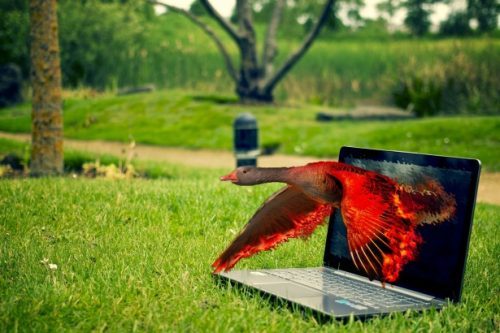 (Are you here just for the tutorial? Skip to the end of the article.)

Chrome OS will be getting image resizing natively. And it looks amazing.

Don’t you wish you could just resize images without an app?

A while back, I wrote a piece on how Chrome OS will be getting the function to resize images built-in to the native editor.

Now, after reading more about the update, it looks like it’s finally happening. And with some newly added integrations that I didn’t know about as well. This just adds more “ooh” to the “ahh.”

Last updated: 7/17/17. I’ve added a guide on how to use the native editor for your convenience.

Recently, a developer update basically confirmed and added the image resizing feature to the image viewer/editor that comes bundled with Chrome OS. Most Chromebook users are aware of this app, as it launches by default when you view an image.

But, you’ll notice you can’t do much with it at all. If you’re using Windows or Mac or Linux, you may not be as familiar, as Chromebooks are the only devices that come with it by default- unless you’re dual-booting with Chrome OS.

Anyway, if you’ve even tried viewing an image on a Chromebook device, you may have been annoyed that you can view, adjust, and edit photos, but you couldn’t resize them or crop them, which is something that you’d expect an image editor to have- even the most basic ones. You know what I’m talking about. This is something that’s pretty much expected by the market on any modern device.

With Chrome not having this function, it’s something that’s hindering Chrome’s usability (and just gives haters all the more to brag about). But, now that’s about to change with this new update. Woo.

Google’s Francois Beaufort stated on Google Plus that the native image viewer will be able to resize and crop images, which is a feature I’ve personally been itching for. Instead of having to download third-party apps to edit images in the Chrome web store (as good as a Photoshop alternative as they might be), I’d rather much be able to double-click an image and perform resizing and cropping instantly and quickly for images that need quick adjusting.

It was also stated that the resizing works on images that you have saved in your Drive.

That means all images that you have downloaded from the Internet, on your USB drive, on your external hard drive, saved on your Drive account, and wherever else you have them on your Chrome OS-powered device or Chromebook, you can edit them directly with the image viewer.

For most people, this is a minor convenience. For graphic designers, artists, and even photographers, this is a super handy feature.

Instead of launching another app, logging in, and then resizing the image just for such a small image adjustment, it’s a lot easier to simply make the changes with the Chrome image viewer.

It’s like cutting out a whole bunch of steps for a simple image adjustment.

It’s nice to see Google continuing the development of their operating system. Given, this feature is something that’s already to be expected by a lot of users from their OS already, but even then, it’s nice to see that Google didn’t overlook this function.

Each update brings more and more goodies to the table. I’ll be using this function almost daily when it rolls out. It’s gonna be one of those “small things” that make the difference in this case, provided that most people won’t even notice it.

Either way, this will save a lot of unnecessary effort in making touch-ups or quick adjustments to pictures. It’s a well-appreciated update and one that I’ll definitely be taking advantage of.

I mean, I like apps and all. But sometimes it’s better when you don’t need to go through the extra step of installing an app, launching it, creating an account, learning how to use it, and yadda yadda yadda. Why do all that when you can just resize, touch-up, and do whatever other basic editing tasks right from your desktop? It only makes sense.

How to crop or resize photos

Update: It’s finally here. Now you can easily resize and crop your photos just by using the built-in photo viewer. All you need to do is select an image and choose the “View and Edit” option from the menu. You’ll then be transferred to a basic photo editor where you can make adjustments to your photo.

Here’s how to do it in detail:

Press the Launcher key (magnifying glass on the keyboard) or click on the Launcher icon (bottom-left) to open up the Launcher menu. Select the “Files” app. You should be able to find your images on your local disk, probably in your “Downloads” folder. If you have images saved in a different custom folder, select it from the left-hand menu.

Step 2: Select the image you want to edit

When you navigate to your photos, choose the one you want to crop or resize by double-clicking on it to open it in the photo viewer. Look at the bottom of the screen. You’ll see a “View and Edit” button. Click on it.

Tip: You can also just right-click on the image from the gallery (without opening up the photo viewer) and select the “View and Edit” button from the menu to save yourself a step.

Optional: If you want to make a backup of your photo in case you screw it up, just right-click the image, select “Copy” and then right-click again anywhere in the folder and select “Paste.”

(Not sure what you’re doing? I have a whole guide about copying and pasting on Chrome OS.)

Step 3: Crop, change the contrast or brightness or resize the photo

You’ll see a basic image editor with basic functions. The buttons allow you to resize your photo, crop it, or play around with the contrast or adjust the brightness all on Chrome OS. Play around with it until you get it “picture perfect.”

Step 4: Save the photo

Save the adjustments when you’re done.

And there you have it. The ability to crop photos has finally come. Another one down, a lot more to go. Woot.