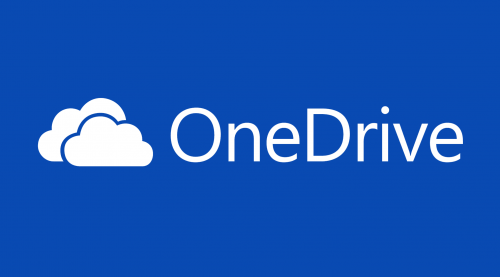 Microsoft clears the air with Linux users (and some Chromebook users as well).

Users of Microsoft’s cloud service, OneDrive, have reported slow service when used on Linux-powered devices. This includes any computer running any distro of Linux. Affected users said that the service runs extremely slow on their machines, and some speculated that Microsoft is punishing them and doing this intentionally.

Other platforms like MacOS, iOS, and obviously Windows weren’t affected. Only Linux. Some Chrome OS users also reported slow service, but Microsoft stated that the issue was found to be only on Linux.

Microsoft comes out of the woodworks

A spokesperson from Microsoft confirmed that the problem was fixed. Apparently, it was due to a browser component failure. The component speeds up processes running the background. It’s called prefetching and is commonly used in every modern browser.

The post on Hacker News from this person is as follows:

“We identified that Static Load.aspx, a page that prefetches resources in the background for Office online apps was using the link prefetching browser mechanism only for certain platforms, iOS, Chrome OS, Mac, Windows, but for Linux, it was falling back to a less efficient technique that was causing the issue. Rest assured that this was not intentional. It was an oversight.”

The issue was fixed by Microsoft simply by disabling the prefetching component and then re-enabling it after the identified file was updated on Linux devices.

So, a “simple router reset” fixed the issue eh?

When push comes to shove – things get done

The issue was reported last November and has only been fixed now. A post on Microsoft’s forum from a user complaining about how slow OneDrive is can be traced according to Redmond Magazine.

Speculators said that it could be Microsoft simply pushing Linux OneDrive users for not using it on Windows instead. This has been going on and it only damaged their reputation as time went on and nothing was being done.

But then, the issue gets fixed. The post stated that the problem of the slow service was caused by a simple error and there was no punishment involved at all.

“We apologize for the inconvenience this may have caused.”

Browser sniffing was also a conspiracy theory by Linux users. They wondered why Microsoft needs to know what browser they were using. The spokesperson said that it needed to detect what browser is in use because not all browsers are capable of the prefetching process.

“The second technique does not hang on Safari on Mac, but it does on Chrome on Linux. We will definitely ensure that more Linux testing is done. Our goal in OneDrive is to build a service that enables as many people as possible to be productive, so if in cases it looks like we are trying to favor our own OS, that is not really our intention,”

And explains what causes the issue between Linux and other operating systems:

“…a page that prefetches resources in the background for Office online apps was using the link prefetching browser mechanism only for certain platforms (iOS, Chrome OS, Mac, Windows), but for Linux it was falling back to a less efficient technique that was causing the issue. Rest assured that this was not intentional. It was an oversight.”

The issue was first discovered when a Linux user switched the OS from Linux to another OS and OneDrive suddenly got faster by changing the user-agent, as stated in a post on reddit.

Users of OneDrive said the speeds were “unusable” when the service was used in either Linux or Chrome OS.

Either way, it’s fixed now. If you’re a OneDrive user, you can rejoice and get productive.