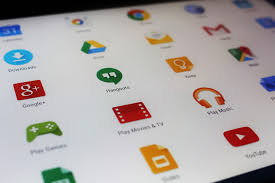 What if I told you the coveted full-screen “immersive mode” was coming to Chrome OS just like how it is on Android?

But how about those who have convertible Chromebooks?

Now you’re (probably) getting what I mean. Yes.

It’s an absolute pain to switch to full-screen mode on a convertible, especially when you’re in tablet mode.

Apps in full-screen on a tablet Chromebook = bleh

Have you tried using full-screen mode on Android? What about Chrome?

For those who’ve never had this experience, here’s how it works.

Go ahead and full-screen it (or press the keyboard shortcut full-screen key– where F4 is on a traditional keyboard). The screen switches to full-screen mode. The docks and top navigation disappear. It works perfectly, no?

This works the same way for Play Store apps. You launch an app, full-screen it, and it just works. The app goes full-screen and you can interact with it without any hiccup.

Now, let’s say you’re in tablet mode. You launch an app and you want to go full immersion, so you press F4.

You get stuck with the bottom dock and top navigation bar.

Then you need to switch the Chromebook back to laptop mode, full-screen it, then switch it back to tablet mode.

It’s like something the developers overlooked, right? It’s almost as if the code wasn’t written for convertible Chromebooks.

I’m no code junkie, but I can see a poor user experience when it’s apparent- especially if I’m the end user and the design is just terrible.

As of now, the only way to get around this screen size issue is to launch the app in laptop mode, full-screen it, then switch it over to tablet mode. You can’t simply switch it in tablet mode and have it just work like you expect it to work. It’s non-intuitive.

According to sources around the web, it’ll be soon fixed.

Chrome OS will take a lesson from Android with immersive mode

If you’re an Android user, you’ve already experienced the design. If not, then follow along.

The full-screen mode will basically work exactly the same way apps work on a smartphone, or at least that’s what I’ve read. When you launch an app that takes over your entire screen on your phone, it’ll do the same on your Chromebook.

Think apps like Instagram, YouTube (landscape mode), and games like Temple Run or Modern Combat. When you launch them, they immediately take over your phone’s screen and the navigation buttons and menus that your phone natively has built-in go poof and disappear. All you see is the app.

This is called immersive mode.

In other words, you’ll get Android’s full-screen mode on Chrome OS.

When you launch an app that’s designed for immersion mode (full-screen mode), it’ll just take over your laptop’s screen. The navigation bar and dock will be hidden.

But what if you want to bring back your menus, dock, and other stuff?

On your phone, you just swipe the screen from the side. On a Chromebook, I’m not sure.

If it works the same way as it does on a phone, for tablet mode that’ll work just fine. However, in laptop mode, it can be kind of awkward. It doesn’t really make sense. Imagine you having to click or swipe your screen’s edge to bring back some menus when you’re in full-screen mode.

It goes against intuition once again if it’s implemented into both modes.

Here’s a video demonstrating what it is and how you can enable immersive mode on your phone:

How will it be done?

Ideally, I’d want to see laptop mode to work just how it does now. If you launch an app that’s coded for immersion mode, it should stay windowed unless you toggle it to immersive mode on laptop mode.

If you’re in tablet mode, it should just launch in immersive mode and hide the menus.

Many apps on the Play Store already have this mode built-in since it’s been around for awhile on Android.

The good part is that it should be relatively easy to implement without too much of a disruption, and it should be intuitive enough to recognize that a convertible Chromebook in tablet mode is pretty much just a giant smartphone.

The push for convertibles

Many manufacturers are pushing towards convertibles now with touch screen interface as a preemptive solution for the Android app integration. In fact, Google has stated that all 2017 Chromebooks will be fully Android app compatible. So it only makes sense for newer models to integrate nicely with apps.

Getting the feature on Chromebooks would make them a lot more…accessible.

This is the way Chromebooks are headed, as devices like Dell’s Latitude series and Samsung’s Pro and Plus models as well.

We’ll see how immersive mode gets implemented. I’ll do another write-up when it comes out. Go ahead and subscribe to catch it as soon as it’s out.

What do you think? Do Chromebooks need this tech? Are you excited? Or do you not care?