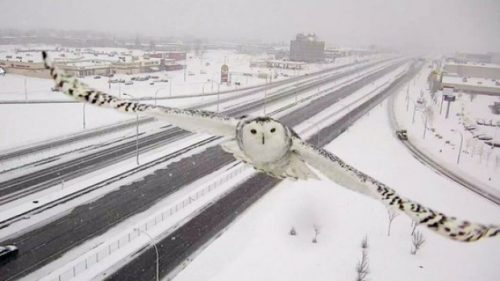 A snowy owl was found hovering over a traffic cam in Montreal, Quebec, Canada:

The snowy owl is the official bird of Quebec. It was found soaring along a highway where sightings are common.

They have a wingspan of about 1.5 meters, which is almost the height of a Canadian female child. They hunt during the day and night.

The bird was captured on video and released on Twitter. The video and pictures went viral soon after.