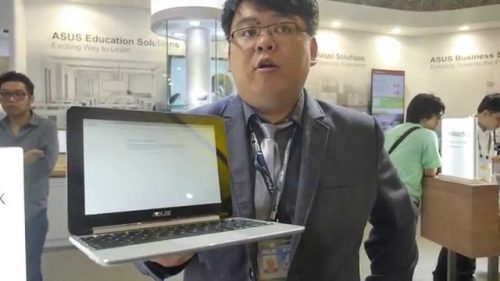 Before you drop your jaw, let me put that into perspective for you- and into context. Although the message remains clear.

First, Chromebook sales are indeed higher than MacBook sales. The range is Q1 for 2016. The mystery OS that was announced in 2011 has finally seemed to put a dent in the market. Back then, no one knew much about Chrome OS, let alone Chromebooks. Chromebooks also received a lot of hate and were widely regarded as useless because they need an internet connection to do anything, which is completely wrong- as I’ve written about here.

People would bash Chromebooks for all sorts of reason, and many still do.

Yet, now, the top 6 out of 14 best sellers on amazon are Chromebooks.

Being a Chromebook owner, I think Chrome OS works by eliminating all the bloat and keeping only what’s needed in the laptop. Taking out all of the junk that you never use results in a super speedy and efficient machine. Compared to Windows, Chrome OS is much faster. Windows is a prime example of a bloated machine. With poor file management, a bloaty OS, and just tons of junk, the OS is fully decked out, but it’s super slow. And half the stuff you’ll never even use. Chrome OS is lightweight and speedy, and also is open source, which eliminates expensive licensing fees- thus the affordable price.

But this article isn’t about the benefits of buying a Chromebook or Chromebook vs Windows, I have articles for those topics that you can check out.

IDC estimates that Apple’s Mac computers shipped about 1.76 million units in Q1. However, based on the percentages, this means that about 2 million Chromebooks were world in Q1. Apple’s MacBook sales declined from 4.6 million to 4.3 million units.

Chromebooks in the classroom

Why the big change? School.

Chromebook for education is not just a saying, it’s a real deal. Most Chromebooks are still more popular for the K-12 educational grades rather than the consumer market, like for you and I. More and more schools are changing to Chromebooks rather than Apple or Windows products. There are many benefits of doing so- mainly being price.

Compared to Windows, Google is already beating Microsoft in global sales at a running pace. IDC predicts a rebound as well, where IT buyers will snag a Chromebook rather than a laptop running Windows 10 due to Microsoft’s shady tactics. Chromebooks and Windows are the main competitors for the low-cost computer market. Apple is out of the picture due to their premium pricing for premium machines.

Chromebooks are well-known for their low price and high performance. Windows has a few laptops, such as the HP Stream, to fight for the low-price position leader of computers.

Google already has some big plans for Chromebooks. Google wants to bring the Google Play store Android apps over to the Chromebook– seamlessly. This will entice a whole new market of people to buy a Chromebook. Android users, people on the fence, or people who are impressed by the fact they can use their favorite apps on their laptop.

With Chromebooks being cheap, easy to use, and super fast, they’re nothing to laugh at. Chromebooks were a joke. But now they’re a real “deal.”