Some good hackers (yes, the good kind) reported on Reddit how they found some code that stated or inferred how Google is bringing the Android-based Google Play Store to Chromebooks. You know the effect that would have?

Update: The apps are now available. You can see this article that covers the story in-depth or continue reading for nostalgia. You can check if your specific model is getting the update!

Why infuse Google Play with a Chromebook?

Think about all the Android apps that are available and that you use daily on your smartphone.

All of them may be available to run on your laptop very soon.

This expands the apps’ reach to a whole new level. Right now, users are limited to whatever apps are offered in the Google Chrome web store, which is a large amount, but there’s still no support for a lot of the apps that we use daily on our phones.

However, Google is infusing the Play Store to make it available for them, which will expand the functionality of them beyond imagination.

All the apps you use on your phone will be available on your laptop. We’re not sure how they’ll integrate Google Play on them though, seeing that the app platforms are separate.

Although, this isn’t something that’s unexpected or anything. Getting Google apps to have functionality that would actually be useful was something that fans have longed for.

Update: In 2022, if your device STILL doesn’t have it, you’re probably not gonna get it. It’s time to upgrade to a newer model. Is it really worth waiting on that “pending” status on the list of devices that are supposedly supposed to get it? 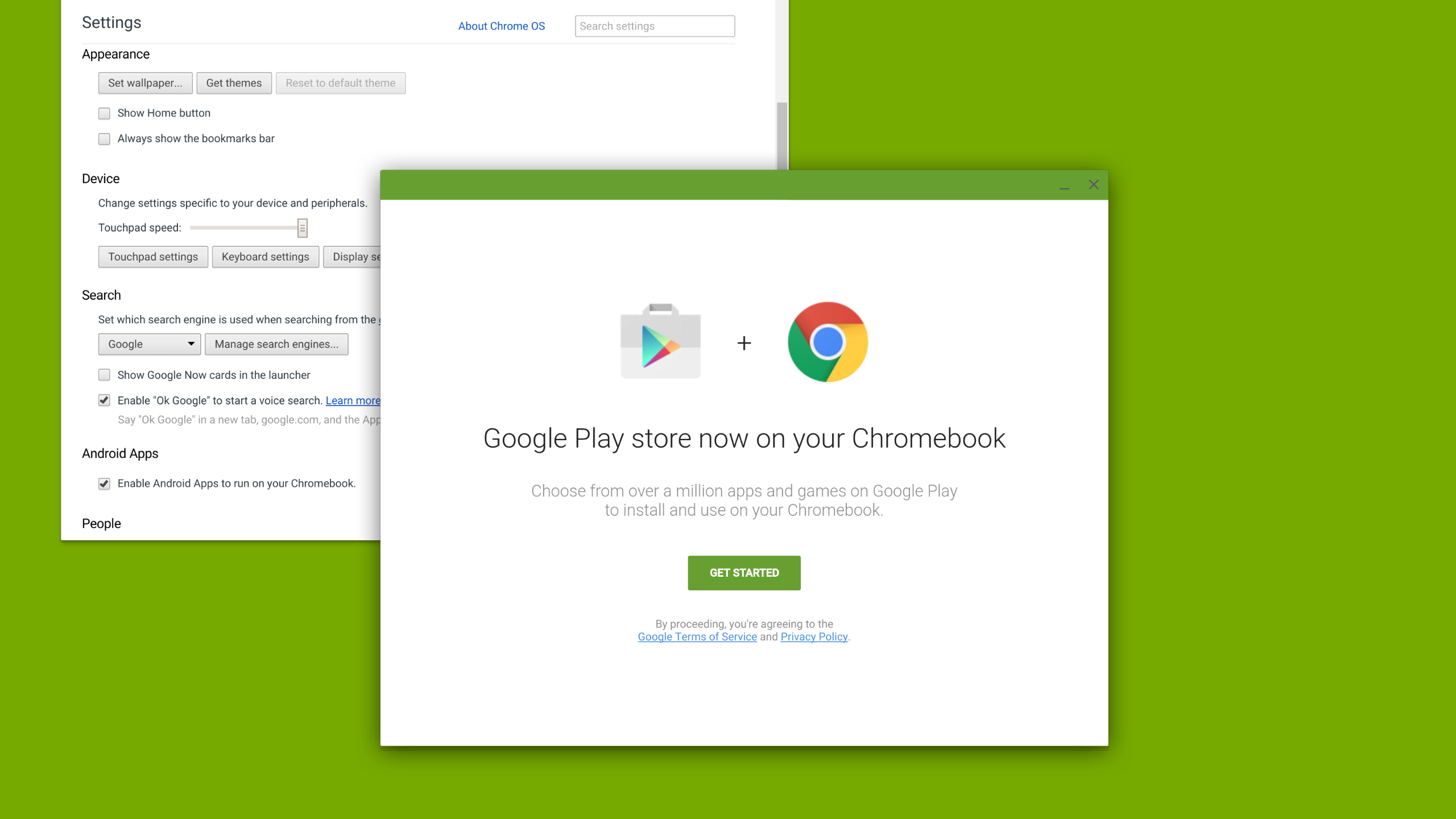 Chromebooks were ripped on a lot because many of the popular apps that we use daily on our phones are only exclusive to the Google Play Store or the App Store on iOS. Google’s been working on getting them to work with Chrome OS since 2014. The leak basically inferred that Google could be planning to bring over a million Play Store apps to the platform very soon.

It would be a massive infusion of apps and the addition of new functionality that they desperately need.

We can’t wait. Can you tell?

What we don’t know is how exactly Chrome OS will integrate with the apps. Assuming that the apps will work seamlessly on a Chromebook exactly as how they work on your phone- that would be the ideal situation. Having Android apps on them will be a game changer.

However, a lot of the apps are made specifically for a mobile device and it may be kind of clumsy on a laptop. Perhaps and those specific apps won’t be imported? Or maybe they will be offered as an alternate Chrome OS version?

Or maybe they’ll just simply run on your laptop with some limited functionality with a blown up UI. Who knows.

We’re just excited that Google is making this move because it’s been long awaited and should have been something that’s been available since the launch of Chrome OS.

The Play Store on your Chromebook is like worlds collide. Awesome.

Update: The apps have already started rolling out. Get apps on your laptop with this guide.

Update: In 2020, all models made will have the Play Store automatically downloaded already. If you have a newer device, you already have the ability to download Android apps!

Don’t get us wrong, the Chrome web store has a lot of nice apps that add additional functionality to Chrome OS, but the apps we use, that’s the keyword use, on a daily basis when we’re on the go on our smartphones is what we’re excited about. It would be awesome to see these apps accessible on our Chromebooks as well.

We’re probably getting ahead of ourselves. Regardless, the merging of these two app distribution platforms and will be very interesting indeed. This may be a game changer for Chromebooks themselves.

Would this influence your decision to buy a Chromebook? Or are you already a proud owner? If so, then you’d be as surprised as we are. Let us know in the comments.