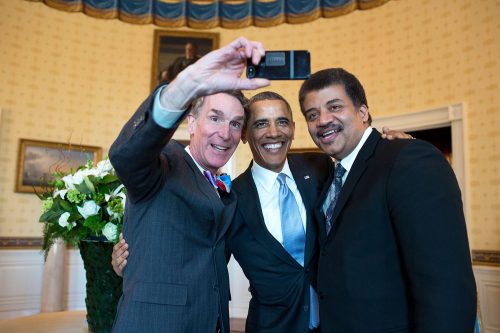 You see an awesome-looking pelican. You whip out your smartphone, scramble to punch in your PIN, scroll through your 350 apps looking for the camera app, locate it, launch it, wait for it to load while the screen goes blank. It’s up (and laggy). You look at the pelican.

It’s flying in the air. Eating the squid you were trying to photograph. Too bad.

If this sounds like you, you need to give your phone a little performance boost and TLC to speed it up. Thankfully, making your smartphone faster can be done with our 5 tips. You’ll notice a performance increase instantly.

This may sound stupid and basic, but it’s the truth. As you use your phone, it fills up the onboard RAM with junk. The reason for this is to make it load your commonly used apps faster. As you launch an app, it runs in the background when you multitask. It stores it in the system memory so that when you go back to it, it doesn’t have to load it again. However, the more apps you launch, the more memory they use up. All phones have some capacity of memory. When it gets fuller and fuller, your phone slows down and gets bloated with junk.

Tip 2: Close apps that aren’t in use

This is also obvious. Your phone keeps apps running in the background for quick-access when you launch them again. If you’re using an Android-based phone (Samsung, being the most popular), you can try holding the home button and launching the multitasker. Or you can simply go through the settings menu and launching the application manager. Close and stop all processes you’re not using.

If you’re using an iPhone 6, you can do the same by pushing on the left edge of the screen and opening up the tasks. Close out all the apps you’re not using.

If you’re using some other phone, just google “how to close apps on [insert your phone name here].”

Tip 3: Turn on battery saver to speed up your smartphone

Turning on the battery saver reduces background applications and removes some eye-candy animation effects. On an Andriod, just pull down the top menu and scroll right. Turn on battery saver.

On an iPhone, go to Settings, Battery, and toggle the battery saver on.

Having more apps means having more resources dedicated to running them, which means your phone will fill up its RAM faster (remember step 1?). To fix this, remove that app you downloaded but only launched once. Remove duplicate apps. You don’t need 3 different photo editors and 2 different video players. Remove apps that are just links to websites, especially if you don’t use them much. You can simply go to the website itself since nearly all sites are mobile-ready now. Like PlatypusPlatypus.

Tip 5: Clean up your home screen

This may seem weird, but if you clean up your home screen and remove stuff you don’t need, such as apps, reminders, notes, alarms, music, etc. you’ll notice that your phone will run faster and smoother. All those app icons require system memory to run and load, so having less will means less resources dedicated to all that junk.

BONUS- Tip 6: Keep your smartphone up to date to make it faster

Make sure you check for phone updates, as they generally fix bugs and are full of improvements. You need to do this as it’s good practice. Having an updated phone means it’ll perform its best and you’ll get the best user experience out of it.

That concludes our list of how to speed up your smartphone. Use these tips and you’ll see a speed boost instantly. Got any more tips? Leave them in the comments.