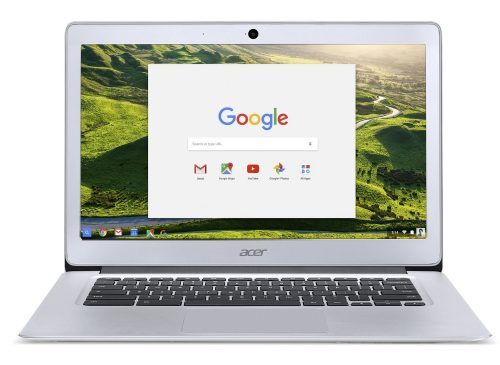 Are you looking for a Chromebook for Black Friday 2016?

Well, from what I’ve found, you’ll be happy to know that there are a few good deals to be found. After scouring the web for a bit, I’ve compiled a list of Chromebooks that’ll be on sale this coming Thanksgiving. If you’re looking to buy one, you’ve come to the right place. The deals listed on this list are pretty much all of the good deals with substantial discounts.

Best Buy has the Lenovo 100S for just $99. Yes, that’s a Chromebook. And yes, it’s under $100. It’s regularly priced $199, so you save more than 50% off. It’s also a decent Chromebook, but not nearly as powerful as the Samsung 3. You can find this deal alongside the Samsung Chromebook deal on Black Friday.

Walmart has the Samsung Chromebook 3 on sale for only $119, which is regularly $230 MSRP. That’s about 50% of the regular price, which means you probably won’t find it at this price anywhere or anytime else other than Black Friday. The Samsung Chromebook 3 is a perfect Chromebook for people who want a Chromebook that’ll do it all, but nothing too over the top. It’s ready for Android apps as well, which (if you’re new) means it’ll be able to support both the Google Play and Chrome web stores. Yes, you can run Android apps on your Chromebook. Where have you been?

Best Buy also has the Samsung Chromebook 3 on sale as well, but at the price of $139, so it’s not as good as Walmart’s deal. However, if you have other shopping to do at Best Buy, it’s a nice pickup while you’re in the store.

Lastly, Best Buy also has the Acer Chromebook R11, which is priced at $199. The regular price is $279, so you save a decent amount, and it’s more powerful than the Lenovo 100S Chromebook as well. It’s a Chromebook with touchscreen-enabled input and it also is a convertible. Just like the Samsung 3, it’s Android-ready.

Costco has a nice bundle deal. You can grab the Acer Chromebook 14, which features an all-aluminum body with 32GB of storage and 4GB of RAM powered by an Intel Celeron N3160 processor. It also has a full HD1080p IPS display and you get an Acer mouse included. The screen is large enough for all your videos, images, and games as it sports a 14-inch monitor. You get all this for just $229, along with Costco’s warranty and service included.

The Acer 14 is the most powerful Chromebook on this list, so if you want to snag a Chromebook that’ll handle anything, look into this laptop. If you’re considering getting an Acer 14, I wrote a detailed mini review about it.

Well, that’s about all I’ve found so far. I’ll add to this list if I find anything else worth mentioning. If you’re looking for a Chromebook on Black Friday 2016, these are the probably the best deals you’ll find. If you’re new to Chromebooks, you may want to check out the benefits they have over Windows, or the difference between Chrome OS and Windows.

If you find any deal that’s amazing, post it in the comments and i”ll add it to this list. Happy shopping. Get out there and snag a Chromebook. After Turkey, that is. Black Friday is taking over Thanksgiving. Decide if you want turkey, or a brand new Chromebook. Unless you can pull it off. Heh.