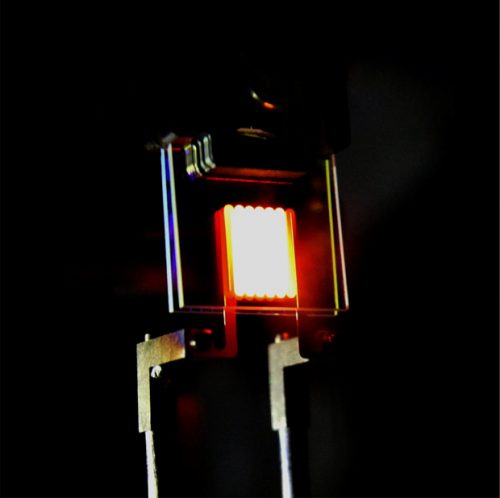 Researchers at MIT have found a way to “recycle” the energy lost in traditional lighting by surrounding the bulb filament with a special reflective crystal designed to bounce back the energy that would be lost as heat. The energy is then recycled into light. Traditional incandescent bulbs have been phased out in place of LEDs because they’ve been known to be much more efficient.

However, consumers have complained about the blue light effect that LEDs emit, which supposedly disturbs your sleep cycle.

On the scale of efficiency, this new process of lighting beats out LEDs:

Energy savings are also estimated to cost less than half of a typical LED.

This new bulb is still in the prototype form, however.

But at least now you can go around saying that incandescent lighting is more efficient than LEDs, and be right.