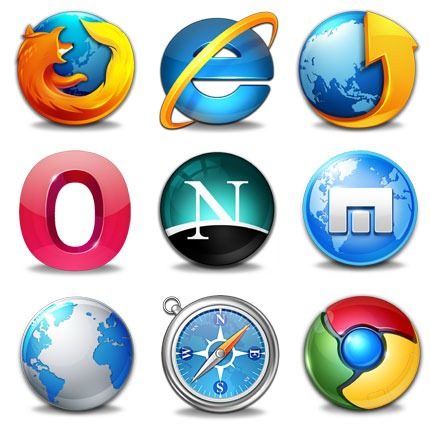 What browser do you use?

Did you know the browser you use can predict how hard of a worker you are?

How about even your willingness to take action and initiative?

While the fight over which browser is the best is an ongoing debate, the fight for which browser has the most productive users isn’t. A new study revealed that your browser choice can correlate with your productivity- whether you’re at work or at home. The best browser for productivity was studied and proven.

To skip to the good stuff, let’s first go over which browser has the most productive users.

Guess what it is.

This is due to my reasoning that Apple has a lot of developers and creators, and therefore Safari would have a lot of productive users. Firefox, on the other hand, is a full web browser suite. It has thousands of plugins that can make the browser do anything- well, almost anything. Everyone from writers to developers can find the proper plugin set and do whatever they need to do on Firefox.

If those were your guesses, you’re half right.

Based on this study, the most productive people use Google Chrome or Mozilla Firefox.

The least productive, or idle, people use Apple Safari- or the unmentionable…Microsoft Internet Explorer.

Are you surprised yet?

How ’bout now? Because my jaw dropped when I saw this. I’d thought for sure Safari topped that list- especially for productivity. Safari users are Mac users. Mac users make stuff. Or am I being too stereotypical? Heh.

Your web browser can determine your work habits, attendance, and commencement

Grant looked at more than 30,000 customer service representatives in order to determine their commitment to their job. Commitment means how likely they were to stick around with their job, and also indirectly correlates with productivity and work habits. Grant used research tactics led by Michael Housman, who suspected and predicted that the sample pool’s employment histories would be the best predictor of job commitment. The best web browsers for productivity were found to lead to a lot more than work getting done in the workplace.

Based on the results of the study, Housman found that employees using Firefox or Chrome to browse the Internet remained committed to their jobs a staggering 15% over those who used IE or Safari. That’s a huge margin. The research concluded that Firefox and Chrome users also were 19% less likely to miss work than Safari and IE. Wow.

Results from the study conducted by Housman and Grant also showed that the browser choice of the workers had an influence on their work performance. Firefox and Chrome users had a higher margin of sales and shorter customer phone call conversations. This means more sales with less effort, which is basically the meaning of efficiency and productivity- which go hand-in-hand. The customers of the companies were happier as well. It took 90 days starting from their job to increase customer satisfaction using Chrome and Firefox, compared to 120 days for Safari and IE.

Grant also found that the browser preference also reveals information about browsing habits of the employees. IE and Safari are the default Internet browsers for Microsoft Windows and Apple’s Macs. Users who made an effort to change the default browser to Chrome or Firefox shows initiative and taking action, which exhibit resourcefulness and technical application. An attempt to improve experience rather than just leaving it and ignoring it shows some kind of application of effort- no matter how small the scale. They wanted the best web browsers that are available. This, in turn, applies and reflects the employee’s work habits.

Housman states: “I think the fact that you took the time to install Firefox on your computer shows us something about you. It show that you’re someone who is an informed consumer. You’ve made an active choice to do something that wasn’t default.”

The best web browsers for productivity

As of now, Chrome is the world’s most popular web browser with about 41.6% market share, and IE following closely behind at 41.3%. Firefox is third at 9.76%, and Safari is last at 4.91%. These figures were studied by NetMarketShare. I had no idea that IE was still so high up in the ranks since it has such a negative reputation. I guess this just shows how many people leave it as default- whether due to ignorance or just laziness. It’s also surprising how Google Chrome managed to rise up in the ranks so quickly- based on the fact that Firefox has been out and hasn’t really moved in the ranks. I’d have guessed that Firefox would be first, or at least second. These figures were unexpected and I had to double-check them. I don’t think many people know that Firefox and Chrome are the best web browsers for productivity though.

Should I switch to Chrome or Firefox for productivity?

I don’t think so. Not really.

If you had to read this article just to download Chrome or Firefox, you’re not naturally motivated and productive. If you downloaded either browser by yourself, without outside influence, then maybe you are. But then again, if you read this article and now you’re motivated to download a new browser, you’re taking initiative and making a choice to improve yourself. So, there’s really no way to correlate nor prove anything without going into a major study. So, I don’t know. Just random thoughts I’m throwing out there. If you want to switch to the two best web browsers for productivity based on this article, then just get Chrome.

Either way, this study proved to be something that I’d never have guessed. Who knew that your browser choice could tell so much about you, your intelligence, your work ethic, your work ability, your attendance, and even your happiness. This is some neat stuff. Who knew choosing a web browser would influence so much more?