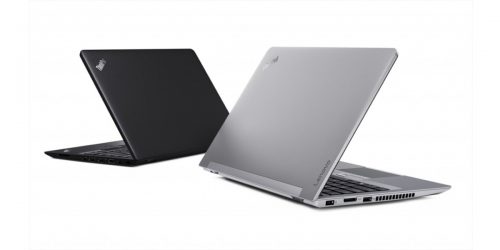 Yoga Books will be running Chrome OS. And it’ll be huge…based on Lenovo’s boast about the merge.

Lenovo is a leading manufacturer of higher-end Chromebooks. While not all models are affordable, like Acer Chromebooks, Lenovo is known for their quality parts, build, and design. They’ve had many different types of laptop designs that revolutionized the market. Everything from heavy-duty, waterproof, drop-proof, convertibles, low-profile, and even more innovative designs are all checked off on Lenovo’s to-do list. Making a laptop with new innovative design features is what Lenovo is all about.

You may have heard of the Yoga Book. It’s basically a line of laptops by Lenovo that convert, rotate, pivot, and flip between a laptop and tablet versions. This isn’t exclusive to Lenovo, as Acer and other companies have similar designs.

However, Yoga Books have always mainly been Windows-based or Android-based systems. Lenovo announced at IFA 2016 that it’s in the works of building a Chromebook version of its Yoga Book convertible, 2-in-1 laptops which are hugely popular among the Windows crowd for many reasons due to its innovative design and features.

Matt Lazare, the campaign manager for Yoga books at Lenovo stated that the cloud-based OS will join Windows 10 and Android Marshmallow as an optional feature on its new slim laptop.

Lazare states: “I can tell you that Chrome OS is something we’re thinking very seriously about, especially with the big upgrades coming down the road that will allow access to the Android app ecosystem. You should look for us to take this new hardware platform in Yoga Book and make waves on that front. Obviously you hear more about that down the road.”

From this, we can deduce that:

From the interview, Lazare didn’t mention any ETA on the Chrome OS Yoga Book (is it really a Chromebook? Or should we call it a Yoga Book with Chrome OS?).

How much will a Yoga Book “Chromebook” cost?

As for pricing, there are already Windows-based Yoga Books that run around $730 and Android versions that are $600 a pop. Based on these prices, the Yoga Book with Chrome OS will probably fall between those two prices. That puts the device around the midrange tier of Chromebooks. That’s not too bad, considering the app support from the touchscreen input. It’ll be a superior device to run apps on from the Play Store compared to other Chromebooks on the market that lack the design and input that the Yoga Book offers. Seriously. It’ll be like a tablet running Android apps.

The Yoga Book itself is an ingenious device with cutting-edge design. It has super thin designs all around its body, such as how a tablet does. It also has a “Halo” touchscreen keyboard, which uses haptic feedback (where it vibrates upon touch like on your phone) to show key presses and touch. Chrome OS should on a Yoga Book allows its users to switch between Chrome and Android apps from the Play Store. With touch screen support, Android apps should have no issue running smoothly on the Yoga Book. With fullscreen support for apps, it’ll be like using them on a tablet, except that it folds into a laptop as well.

If you’re not familiar with Yoga Books, here’s a brief overview:

I’m excited for this, as it may be one of the best Chromebooks out there for running Android apps compared to other Chromebooks. I’ll update as we get more information. Bookmark Platypus Platypus to stay updated. Or subscribe.