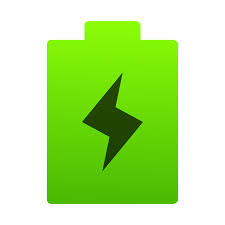 In today’s world, constantly checking your smartphone for new notifications, calls, texts, and other things is almost a necessity.

Sure, not everyone’s addition to their digital device, but most people are. I’m no exception to that stereotype. It’s hard to not be. With tech accessible at a finger’s swipe, how could you not be prone to just check your email once more before working on your task?

Windows, Mac, Android, iOS, and even Linux all have power saving options. It’s about time Chromebooks get the same treatment. Right?

But then again, Chromebooks are known for their 8-12 hour battery runtime on a full charge. They can last all day so you can keep productive (or not) until it’s bedtime, to which then you can plug it in for another whole day of runtime. At least, that’s how it’s been.

It should help those who need it

Some users like to use their laptops for entertainment, such as watching movies, streams, or even YouTube.

All of these habits tend to burn up the battery quickly. Running multiple apps or multitasking also eats up your battery as well. Not everyone uses a Chromebook so modestly.

So, with Chrome OS getting a power management mode, you’ll be glad to hear you can probably squeeze out an extra hour or two from your battery.

A recent discovery in the Canary build shows that brand-spankin’ new power options were added to a “Power” tab in the Settings menu.

From this tab, you’ll be able to control some stuff like what your Chromebook does when you close the lid or when you put it to sleep. You can control idle actions and command your laptop to turn off the display, keep it on, turn it off and stay awake, or turn it off and sleep. You can also tell it to sleep or stay awake when you close the lid. You can pretty much manage the basic actions of your Chromebook to save power.

Now, this isn’t anything new since Windows’ Power Options are way more advanced and in-depth compared to Chrome OS. You can do all these actions plus a lot more, such as spinning down the hard drive, managing what the power buttons do, and even enabling wake timers. Here’s a guide if you’re interested in that.

But, for Chrome OS..it’s the start of something awesome. Adding these features will create pathways for more advanced options later on. This is a good start for power management and shows the developers are constantly improving their operating system.

I’d expect developers to add more to this tab allowing for greater control and flexibility over the device.

I mean, Chrome OS is already adding plenty of improvements which I like to call “luxurious but not necessary.” Stuff like Night Mode and now battery saving options are just icing on the cake. This stuff isn’t really necessary for the core function, but it adds priceless value to the operating system.

They’re the features you’d add when your core product is “good enough” and you can start adding on the extras. At least, that’s where I’d like to assume Chrome OS stands.

You can already achieve these power options by using some apps available in the Chrome Web Store. There already exist apps that stop your Chromebook from entering sleep mode. With these new options, many of these apps will be rendered as unnecessary.

Anyway, it’s a nice feature to add. I’ll be checking them out when they release.