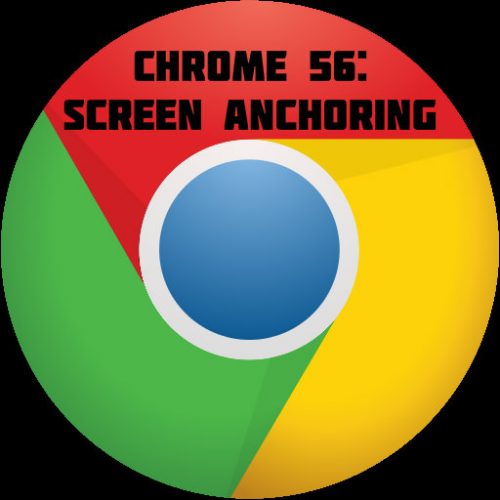 You know what one of the pain points of browsing with a mobile phone is?

When it doesn’t listen to you.

How do you like that? For your browser to do stuff on its own?

Specifically, when you open a new link and it slowly loads the webpage as it tries your patience.

Then, some tidbits start appearing. Some text here. Some images there. The text is loaded, so you start to read the article while the rest is still loading. You don’t care. You just want to read it and get out. When you’re reading the first paragraph, halfway through your screen jumps to another random section of the page- whether it be up or down without you doing it.

You get annoyed. You have to scroll back to where you were.

We’ve all been there. If you haven’t, I have. Plenty of times.

Enough to where I just swipe back a page and use another site or abandon the article altogether out of frustration. It’s super annoying.

Oh, were you reading that?

Here’s why it happens: it’s because the content doesn’t all load at the same time. Even after something, say the text, loads, other stuff loads in the background. Images, ads, and videos take longer to load than plain text.

When the text is downloading, you’re probably reading it. As other stuff loads, usually ads, your phone’s screen will jump to it and pushes the content you’re reading up or down.

It looks like your screen is jumping all over the place, but it’s actually because other content is being loaded into the page and moves the rest of it.

Think of it like a vertical brick wall. If you’re reading from the top to the bottom, that’s fine and dandy.

You’re reading and reading. You’re in the middle of the wall. Another brick magically appears in the second row from the top.

What happens to the rest of the bricks? They get pushed up and down to make space for this extra row. The line of bricks that you were reading gets pushed out of view.

It’s nothing but annoying.

Well, Chrome 56 addresses this issue with a technique they like to call screen anchoring. It basically will minimize the effect of this random jumping.

The content that you’re reading stays in place while the other stuff loads in the background. This will stop your phone from jumping to random sections of the page when you’re trying to read something and prevent your annoyance.

There’s a video up that demonstrates this anchoring here:

Although it’s not perfect, it does minimize the effect enough to where it won’t be that annoying. If anything, it’s better than how it is now. It’s important to maximize user experience, especially on a mobile device.

It won’t be perfect

Many sites will benefit from this technique, but not all. Some sites have specific loading patterns that any screen anchoring won’t help much at all. In fact, if you’re a developer, you can even tell your browser to ignore this technique altogether by using the following CSS trick:

According to Steve Kobe’s post on the Official Chromium Blog, there’s an average of three jumps per pageview. That’s a lot.

But he states they’re getting better, so maybe this anchoring method will help.

Either way, if it’ll help reduce any annoyance from using a smartphone, why not. On desktops, tablets, and laptops, it’s not an issue as much since the screen is larger. But on small screens, it’s a big difference. I say it’s a welcome addition.

If anything, I’ll be that much less annoyed when trying to read an article about random page jumping with less page jumping. Ping.